Olympian Bhavani Devi is geared up to travel all the way from France to complete a rare hat-trick of Sabre gold medals in the 36th National Games here in Gujarat. Gandhinagar, Sep 25 (IANS) Olympian Bhavani Devi is geared up to travel all the way from France to complete a rare hat-trick of Sabre gold medals in the 36th National Games here in Gujarat.

"I had all but given up on winning my third gold in the National Games," she said during a virtual interaction with the national media, referring to the long gap since the last Games in 2015.

"I was thrilled when I heard three months back that Gujarat had stepped in to host the Games," she added.

The champion fencer, who has single-handedly popularised the sport in the country through her exploits, can't wait for the competition to begin on September 30 in Gandhinagar.

"The National Games is a very special competition for me. I am looking forward to it. Even more so as it will be my first event in Gujarat," she said.

"I think Indian Fencing has come a long way in the last seven years. The competition will be different this time and I want to perform well again."

Back in February 2015, Bhavani Devi beat Punjab's Komalpreet Shukla in the Women's Sabre final in Nedumbassery, a Kochi suburb. Earlier, in Ranchi in 2011, she beat her Kerala team-mate Reetha Puthussery for her maiden gold.

She was part of the winning Kerala teams in the last two National Games since she was training at the SAI Centre in Thalasserry.

"Both in 2011 and 2015, I watched the competition in other sports as well. It is such a wonderful celebration of sports. We get to interact with several top athletes of the country and get inspired by each other," she said at the interaction, facilitated by the Sports Authority of India.

Responding to a question, India's top fencer agreed that the National Games offered a different environment as well as different challenges. "I will use the competition next week to assess where I stand before the Asian Games and the qualifications for the 2024 Olympic Games in Paris. I just want to focus on improving technically and mentally," she said.

Bhavani Devi, who will wear Tamil Nadu colours in Gujarat, said she felt a sense of responsibility. "I missed the Khelo India University Games earlier this year because it came soon after the World Championships. I cannot miss domestic competitions since I can use it to refine my technique and mental strength," she said.

"My coach and I were able to plan for this competition, thanks to Gujarat." 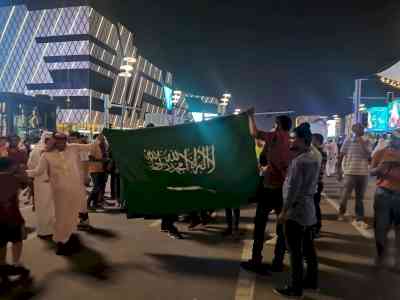 Festive spirit bubbles over despite beer ban and other...

It will be a great fun for fans to see legends in action,... 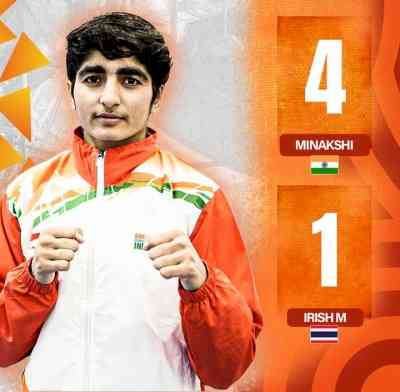 Jhulan Goswami gets guard of honour while coming out to...