Farmers our own flesh and blood, Varun Gandhi urges govt to re-engage 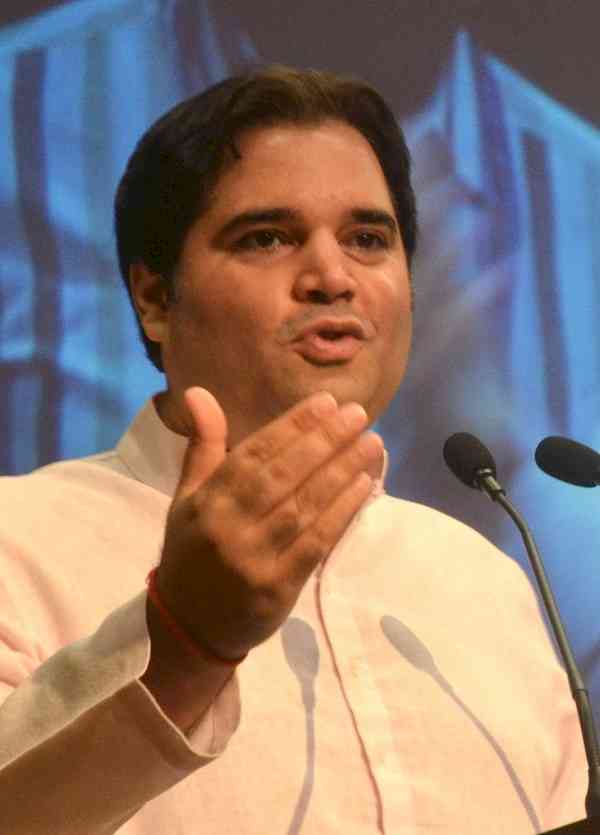 New Delhi, Sep 5 (IANS) Calling protesting farmers "own flesh and blood", BJP MP from Pilibhit, Varun Gandhi on Sunday urged the union government to re-engage with them to reach a common ground.

Sharing a small video of a crowd at 'kisan mahapanchayat' in Muzaffarnagar on Twitter, Varun Gandhi said, "Lakhs of farmers have gathered in protest today, in Muzaffarnagar. They are our own flesh and blood. We need to start re-engaging with them in a respectful manner: understand their pain, their point of view and work with them in reaching common ground."

While party leaders in the national capital refused to comment on Varun Gandhi's tweet, Uttar Pradesh BJP spokesperson Harish Chandra Srivastava told IANS that the Narendra Modi and Yogi Adityanath government are committed for the welfare of farmers.

"Varun ji is a senior MP and party leaders raised some points. But the Modi and Adityanath governments have shown their commitment for farmers' welfare and have already taken several welfare measures for them," Srivastava said.

On many occasions, the saffron leaders blamed the opposition parties for politicizing the protest and misleading the farmers against three farm laws passed by the parliament last year.

The union government and the BJP emphasized that the new farm laws will benefit the farmers. The Government held 11 rounds of talks with farmer leaders which failed to break the ice.

The Samyukt Kisan Morcha (SKM) had called kisan mahapanchayat on Sunday at the Government Inter College ground in Muzaffarnagar which turned out to be a massive show of strength. Farmers across the country came together under the banner of the SKM for the mahapanchayat. The Samajwadi Party (SP) and the Rashtriya Lok Dal (RLD) had extended their support to the mahapanchayat.

The farmers unanimously gave a call for complete Bharat Bandh on September 27 in protest against the three contentious farm laws.

Ex-Samajwadi Party MLA booked in land grab case in UP

Lalu's two 'unsavoury' words bring him to centre of Bihar...