Since the beginning of time, the Himalayas have been an attraction for pilgrimage, spiritual activities, nature lovers, trade, scientific voyages, adventure sports, and mountaineering. And Ladakh, the 'Land of High Passes' is the gateway to this heaven. It was inaccessible to the world until the mid-1970s, but today, tourism is its most promising sector. 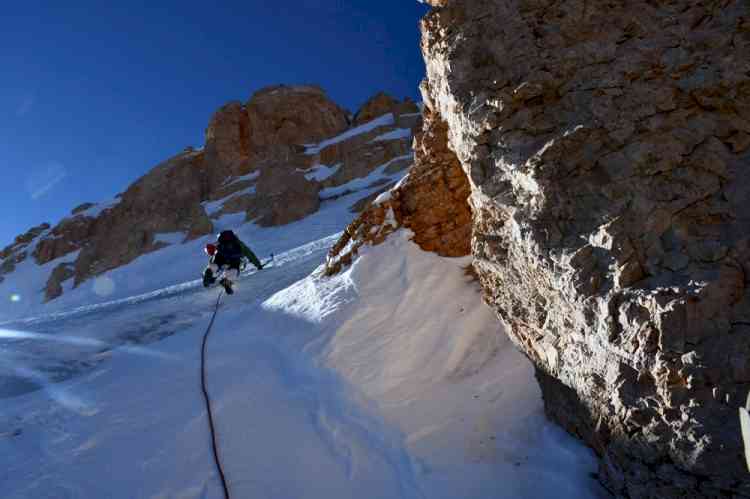 Leh, May 28 (IANS) Since the beginning of time, the Himalayas have been an attraction for pilgrimage, spiritual activities, nature lovers, trade, scientific voyages, adventure sports, and mountaineering. And Ladakh, the 'Land of High Passes' is the gateway to this heaven. It was inaccessible to the world until the mid-1970s, but today, tourism is its most promising sector.

Ladakh is matchless in its biophysical and socio-cultural elements. The Vision Document for the for Ladakh earlier this year to promote that nurtures inclusive growth benefitting the local community.

Turbulent rivers and rugged terrain are a dream for trekkers, rafters, campers, mountain climbers, and bikers.

The Ministry of Tourism has unveiled a Vision and its unexplored potential and to rebrand Ladakh as a sustainable eco-destination. The UT is being transformed into a high-value low-impact tourism destination.

Unfortunately, since the popularity of destinations is skewed, many remote areas have not received their due attention forcing their inhabitants to migrate.

With equitable development across all regions in the UT, more employment opportunities will be created for the locals and seeing the economic gains migration will come to a halt.

The tourist overrun zones like Leh and Diskit will be relieved and ecological, social, and cultural balance will be maintained in the region -- this is the basis of the Tourism Vision Document.

It focuses on the topographical advantage and cultural heritage of Ladakh without jeopardizing its delicate ecosystem and scaling tourism to contribute to the economic and social well-being of the people of this region.

To achieve this it is necessary to -- (i) Improve Infrastructure (ii) Conduct an assessment of the carrying capacity of Ladakh (iii) Discover new treks, construct new roads (iv) Improve garbage disposal and sanitation facilities (v) Ensure quick evacuation services in case of emergencies (vi) Provide facilities for tourists to stay in winter season.

This plan will require effort and local collaboration. For that, the administration will -- (i) Build Local Capacity (ii) Set up a specialised institute for professional training in hospitality management (iii) Encourage local arts and crafts especially through the market for souvenirs (iv) Encourage Community Based Tourism (v) Decentralise tourism infrastructure to villages.

In 2018, the tourist count crossed three lakh which is higher than the population of this Union Territory. This is why a critical analysis of short and long-term gains and losses is needed.

The Vision document is aimed to make Ladakh more Self-Reliant than Self Sufficient.

It will recall and strengthen Ladakh's traditional system of agriculture and livestock production, use the latest scientific technology for increased productivity, and bring more land under cultivation in Ladakh.

Starting as an experiment, Astrostays first came up in Maan village in Ladakh attracting more than 350 guests in a few months. Tourists stay with members of a certain community and learn about their culture and lifestyle.

With this activity, the UT's 'Homestay Tourism' potential is also being discovered.

Recently, Ladakh administration invested its attention to 'Astro-Tourism' in Hanle village, by collaborating with the Indian Institute of Astrophysics.

Lt. Governor of Ladakh -- R.K. Mathur, aims to market this as a flagship tourism product of the UT based on its geography.

Ladakh's Astrostay so far has witnessed more than 600 tourists, yielding over $25,000 in revenue. They are owned and operated by the natives, so the revenue generated gets reinvested in local infrastructure.

Wellness Tourism is another area of interest for the Centre. In the last decade, Ayurveda retreats in South India have been a big hit.

Similarly, Ladakh can be brought to light for spa and yoga retreats as it offers an ideal, original setup for wellness centres.

The upcoming event in this territory is the annual celebration of Ladakh's Hemis Festival on July 8th and 9th. On the tenth day of the lunar month (known as Tse-Chu), the festival is celebrated to mark the birth anniversary of Guru Padmasambhava who introduced Tantric Buddhism to the Himalayan region.

Local bands and troupes across the country performed at this event. The event was a remembrance of the soldiers who sacrificed their lives for the nation.

The Ministry of Culture and the Ladakh Tourism Department will be putting up many such shows to bring limelight to the region's talent.

Last year post the global pandemic Ladakh opened its doors with the 'Zanskar Youth Festival 2021'. During the 13-day festival, visitors were given a unique yoga experience in the quiet and pristine atmosphere, a trekking adventure over the frozen Zanskar River, savouring the local cuisine, and immersion in the native culture and festivals.

In 2020, the Ministry of Tourism launched the 'Dekho Apna Desh' webinar series in April 2020 and conducted its fifth webinar on the legacy of Ladakh titled 'Ladakh: Explore the Unexplored'.

The region's most awaited construction, the Zojila tunnel (between Baltal and Minamarg on the Srinagar-Leh section of the NH-1), will be Asia's longest (14.15 km) and highest bi-directional all-weather tunnel on completion and will surpass the Atal tunnel at 11,575 feet above sea level. Zojila Tunnel (completion predicted in December 2023) will end all qualms of connectivity and uplift the socio-economic condition of the region.

It will bargain the distance between Srinagar and Ladakh to be reduced from 40 km to 13 km! 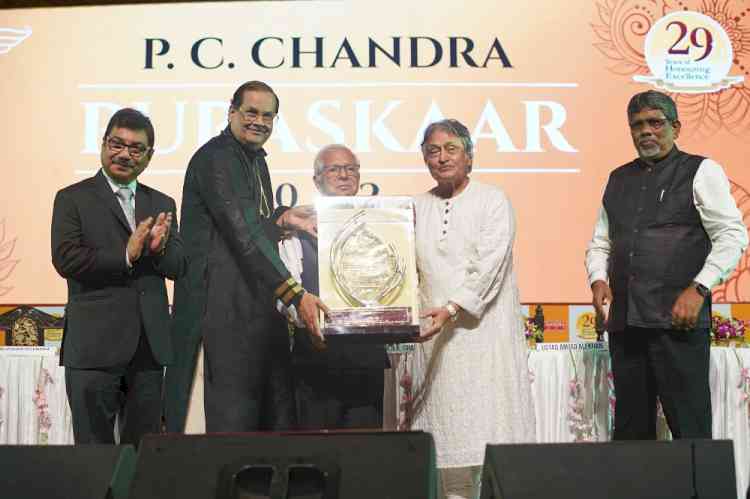 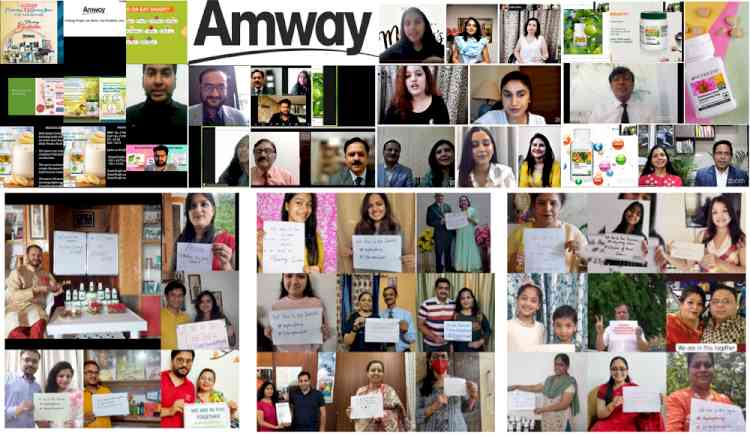 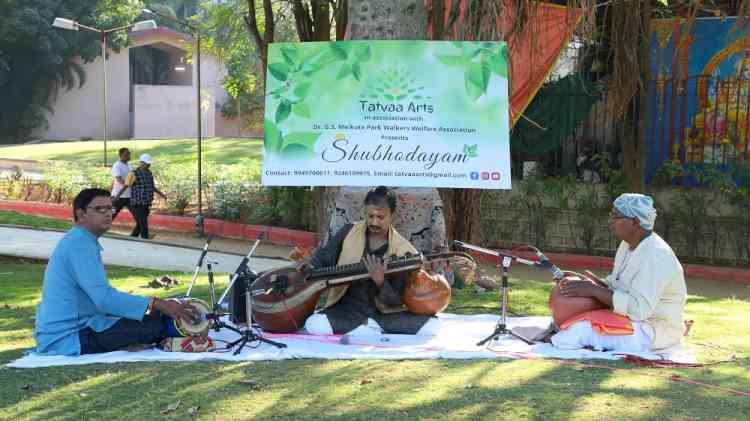 Veena recital as part of morning free concerts in public... 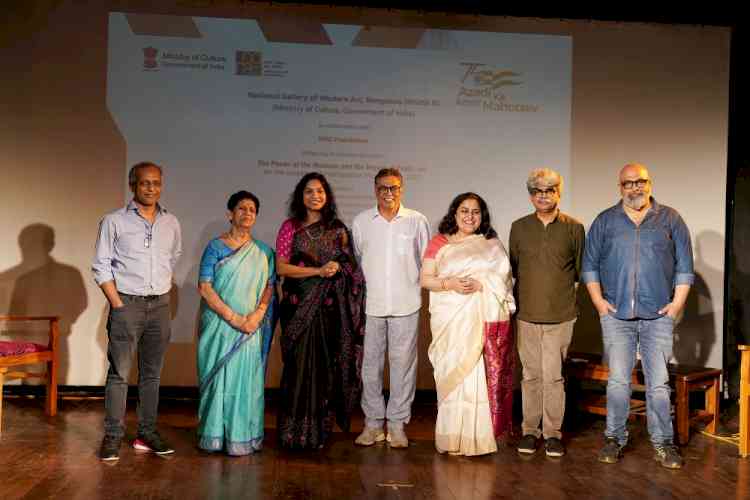 Creating pluralistic society is an important function of...