Such raids would continue in the coming days as well 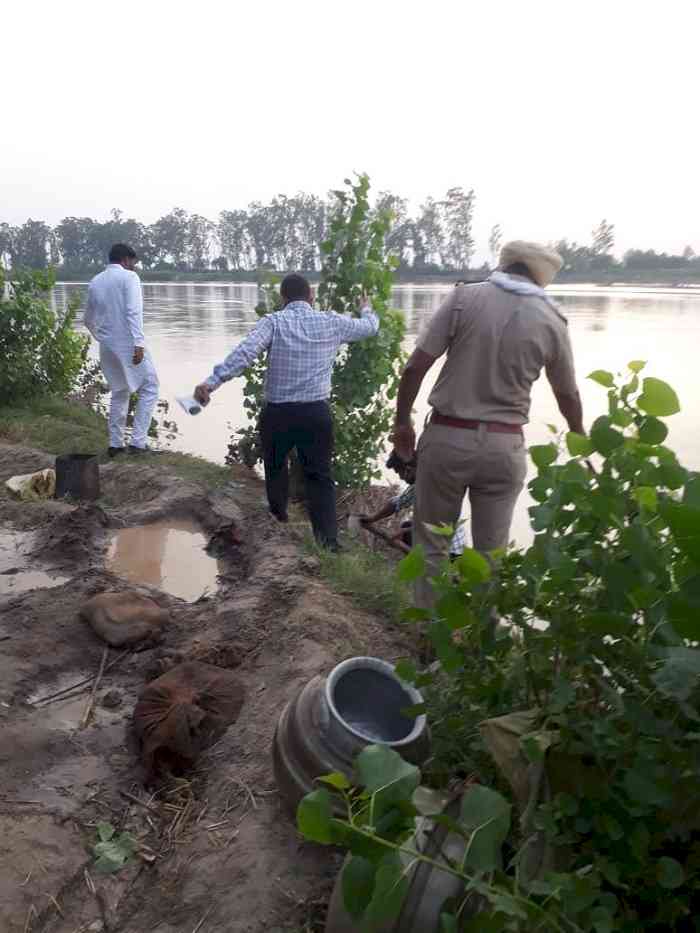 Ludhiana: While acting on a tip off, the Excise Department, under the supervision of DETC Mr Pawan Garg, destroyed 11000 litres of lahan (illicit liquor before distillation) by throwing it in Sutlej river at village Bholewal Jadid of the district. This raid was led by Excise Inspector Mr Navdeep Singh Hadiwal, and comprised several officials from the department as well as Police Commissionerate Ludhiana.
Mr Navdeep Singh Hadiwal informed that the excise department officials have also confiscated 6 drums, 2 “gaagar”, 50 empty sacks, 2 utensils used for preparing lahan, 2 rubber pipes, besides other such material. He informed that the persons who had prepared this Lahan managed to flee from the spot. He informed that such raids would continue in the coming days as well and no person would be allowed to prepare illicit liquor.
The team also comprised of Excise Inspectors Mr Harjinder Singh, Mr Hardeep Singh, Mr Harjeet Singh, besides several others.