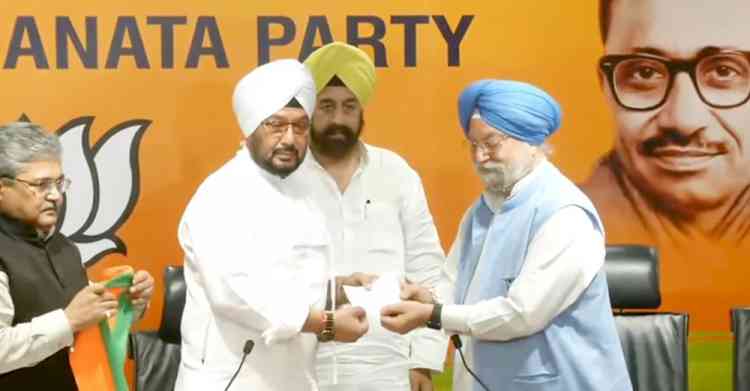 Welcoming Singh in the party, Gautam said that he has been involved in social work in Punjab and across the country.

Remembering former President, union minister Puri said that he worked with home when Gyaniji was union Home minister and President.

Singh also hit out the Congress for not treating former President. "My grandfather was sadden by the way Congress party treated him despite sadden," Singh said.

"When I conveyed my desire to join politics, my grandfather asked to take blessing from Atal Bihari Vajpayee and L.K. Advani. When senior BJP leader Madan Lal Khurana was chief minister of Delhi, I had campaigned for BJP without joining the party. Today my grandfather will be happy that I took the right decision to join the BJP," Singh said.

Party leaders believes that Singh joining the saffron camp will give boost to BJP campaign in next year Punjab assembly polls.

Piggery farmer from Punjab suffers due to high handedness...