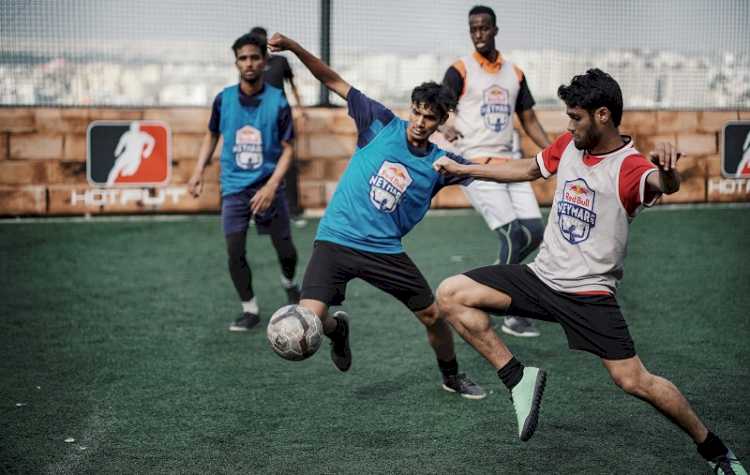 Red Bull Neymar Jr’s Five 2020 city qualifiers started from 15th February till 8th March across 18 cities in the country including Mumbai, Pune, Ahmedabad, Goa, Indore, Delhi, Jaipur, Chandigarh, Lucknow, Guwahati, Kolkata, Aizawl, Shillong, Bhubaneswar, Bangalore, Hyderabad, Chennai and Kochi. Indore and Lucknow are the new cities added to the roster of city qualifiers, this year. The winning teams will then compete at the Red Bull Neymar Jr’s Five national finals in April 2020 for a chance to make it to the Red Bull Neymar Jr’s Five 2020 World Finals in Brazil in July. It is the biggest 5-a-side football tournament in the country in-terms of locations & participants.

Red Bull Neymar Jr’s Five is the Brazilian star’s signature five-a-side tournament bringing players aged 16 to 25 from all corners of the world together to celebrate their shared passion: football. It is a fast, technical and fun competition which sees two teams of five players, sans a goalkeeper, have 10 minutes to strut their stuff and win a chance to impress Neymar Jr. The twist in this thrilling affair is that for each goal scored by a team, a member of the opposition will have to leave the field. The team with the maximum players takes the spoils.

The tournament is based on the belief that footballers never earn their skills in big stadiums at big clubs. Their journey almost always begins on the streets, with their friends, like it did for Neymar Jr. In the streets, their main obstacles are not the opposing defenders but the hard gravel, sweltering heat and the blinding dust. Most legends started out on a mere, obstacle-filled street, but turned the mere street into a path. A path to blinding success. Just ask Pele, Alfredo Di Stefano or Neymar Jr. Neymar Jr’s journey started with a street and a dream and continues with a stadium and a fairy-tale.

Last year, in July, Red Bull Neymar Jr’s Five 2019 India Champions, Kalina Rangers from Mumbai represented India at the World Finals in Brazil and gained valuable experience with a historic win against Hungary, who were eventually crowned winners of the tournament. Unfortunately, their tournament ended at the group stage following a draw against Luxembourg and heart-breaking defeats against Spain and Angola. Team India (Anthony Machado, Tyson Periera, Henderson Dias, Rayyan Shaikh, Craig D’Souza, Melvin Barboza and Charnel D’Almeida) the winners of the National finals of Red Bull Neymar Jr’s Five in Kolkata fought hard at the World Finals and have taken invaluable experience of being part of the largets 5-a-side football competition in the world.

Last year, the signature football tournament saw more than 1,00,000 players taking part in 40 countries across 6 continents with the hope of making it all the way from the qualifiers to the World Final in July at the Instituto Projeto Neymar Jr in Praia Grande, Brazil and won by Hungary

As a part of the Global consumer activation from March to June, Red Bull Neymar Jr’s Five is looking for the best seven players from all around the world: Jr’s Global Five. To participate, players have to upload a max 60 sec Instagram video showcasing their skills using #outplaythemall, tagging @redbullneymarjrsfive and mentioning their home country. Six players will be selected by a global jury of football professionals, the 7th spot is a wildcard handed out by Neymar Jr himself. Jr’s Global Five competes in Brazil at the World Final, playing in the same competition as the National Champions from 40+ countries