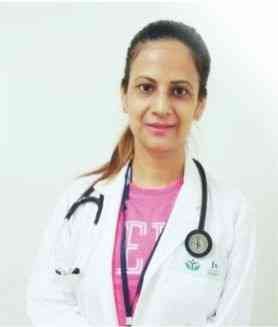 Mohali: Even as WHO has declared epilepsy a global burden, the psychosocial problems and comorbidities are poorly understood. According to WHO report, nearly 10% of the global burden of brain and mental disorders is caused by epilepsy.”

Dr. Swati Garg, consultant-Neurology at Ivy Hospital, Mohali stated on Saturday that disorders of anxiety and depression are common. Due to seizures unpredictability, inability to recall the event and the helplessness of not being able to control the seizure, persons with epilepsy live in constant fear, she maintained.

The persons with epilepsy would report decrease self-esteem, anxiety and depression. They are also marginalized from education, occupation and marriage opportunities, she pointed out.

The diagnosis of epilepsy is challenging for families as they try to deal with loss of perfect child and experience increased depression, anger, guilt, helplessness and frustration, she informed.

Persons with epilepsy would tend to underperform in education and occupational functioning and have poor mental prospects. Children with epilepsy tend to have low academic performance.

In India with system of arranged marriages, lack of disclosure before marriage is common. Post marriage witnessing a seizure and consequent loss of trust leads to martial breakdown, Dr Swati asserted.

Premarital adjustment, counselling and guidance for when and how to disclose are needed to reduce fear and stigma around marriage and epilepsy, she opined.

PUNJAB POLICE NOT TO DEPLOY PERSONNEL WITH MEDICAL ISSUES...