Ensure all traffic lights in Ludhiana become operational within week 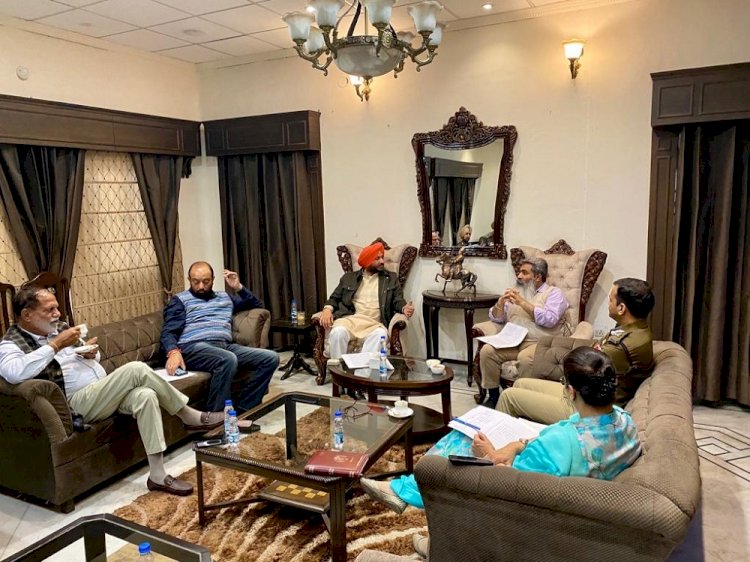 Ludhiana: Mr Bharat Bhushan Ashu, Cabinet Minister for Food, Civil Supplies and Consumer Affairs Punjab, today directed the Ludhiana Police and Municipal Corporation Ludhiana to ensure that all traffic lights in all intersections of the city become operational within a week. He also directed them to ensure that no illegal autorickshaws ply on city roads and strict action should be taken against any violators.
A meeting in this regard was held here today, which was chaired by Mr Bharat Bhushan Ashu and was attended by MP Mr Ravneet Singh Bittu, Mayor Mr Balkar Singh Sandhu, Ludhiana Improvement Trust Chairman Mr Raman Balasubramaniam, Commissioner of Police Mr Rakesh Kumar Agrawal, MC Commissioner Mrs Kanwal Preet Kaur Brar, DCP Mr Ashwani Kapoor, besides others.
During the meeting, Mr Ashu asked the Traffic Police to ensure that all illegal autorickshaws should be dealt with strictly and only those autorickshaws/commercial vehicles should be allowed to ply on city roads that have proper registration, pollution check certificates and other documents. He also directed the MC officials that proper vending zones should be developed for rehri/farhi owners.
He said that the main aim of anti encroachment drive carried out by Ludhiana Police and MC Ludhiana was not to harass anyone but to ensure that the flow of traffic is eased out.
Earlier also, the Cabinet Minister had directed the Ludhiana Traffic Police and Municipal Corporation Ludhiana to prepare a traffic management plan for the residents. He had said that he has received several complaints of traffic congestion and traffic jam in some parts of the city, so both the departments should prepare their traffic management plan at the earliest. Mr Bharat Bhushan Ashu stated that he is committed for the welfare of residents of Ludhiana.
He said that we all know that under the Ludhiana Smart City project, the work on elevated road project is going on at Ferozepur Road, the work on Pakhowal Road Rail Over Bridge and two Rail Under Bridges and development of Rotary Club Road as Smart Road is to start in next few days, work on upgradation of Malhar Road as Smart Road and retrofitting of Sarabha Nagar Market is going on, besides some other development projects. Mr Ashu stated that due to these development projects being carried out for the benefit and welfare of city residents, there have been reports of traffic congestion/jam in some parts of the city.
He had asked the traffic police as well as the Municipal Corporation Ludhiana to take this matter seriously and prepare their traffic management plan at the earliest.    Mr Bharat Bhushan Ashu has appealed to the city residents to assist the Punjab government during the construction of these development projects, because once they are complete, it would benefit our coming generations to a large extent. He also assured that he is monitoring the progress of these projects on daily basis and all these projects would be completed in set time frame.

State Level Rozgar Melas to be organised in Punjab from...