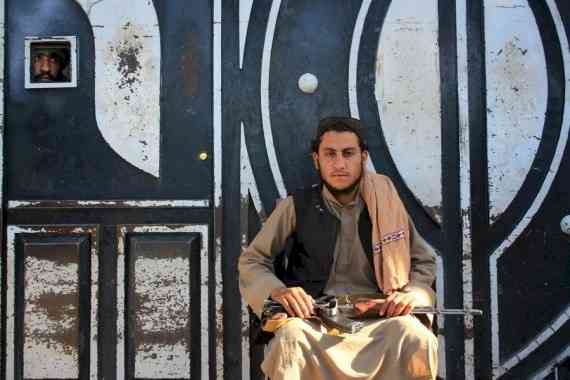 Kabul, Aug 16 (IANS) Hours after Afghan President Ashraf Ghani along with his close aides and the first lady left Kabul for Tajikistan, the Taliban entered the Presidential Palace, also known as the Arg.

Afghan media reported the retreat of Afghan national police from their outposts around the capital left the city in chaos and allow the city to be looted and plundered easily.

Though the Taliban earlier on Sunday had said that there is no plan to enter the Afghan capital militarily, the security vacuum in Kabul city made them decide to direct their fighters to enter Kabul and occupy the empty police outposts and police districts.

The Hamid Karzai International airport was also packed with tens of passengers awaiting flights out of the country who then took to the runway but found no plane and are still stuck there.

To avoid the power vacuum created after the escape of the president, head of High Council for National Reconciliation Abdullah Abdullah, former President Hamid Karzai and head of Hezb-e-Islami Gulbadin Hekmatyar came together and shaped a temporary council.

The council is aimed at transferring the power peacefully to the Taliban and asked Afghan security forces and forces of the Afghanistan Islamic Emirate to secure Kabul city and do not allow any chaos.

The trio in their separate video clips delivered different messages to the people of Kabul.

Abdullah accused Ashraf Ghani of fleeing the country and leaving the people in mess.

He also took to the streets of Kabul and greet the people who were hugging crying and thanked him for being with them.

Karzai encouraged people not to panic as he and his children are still living in the Afghan capital.

Meanwhile, Hekmatyar accused Ghani of continuing the war and remaining stubborn to transfer power peacefully to a government that is acceptable to all.

The Afghanistan Islamic Emirate (AIE) asked people to cooperate with them in identifying and arresting those who impersonate them and rob people and property.

In several video clips shot by the members of AIE show that looters and plunderers were arrested after people call them.

The night was rather quiet but there were sporadic fires and the choppers were patrolling the Afghan capital.

Chaos as people running around in Kabul airport to board flights

Taliban declares war in Afghanistan is over

US warning China over Taiwan provocations