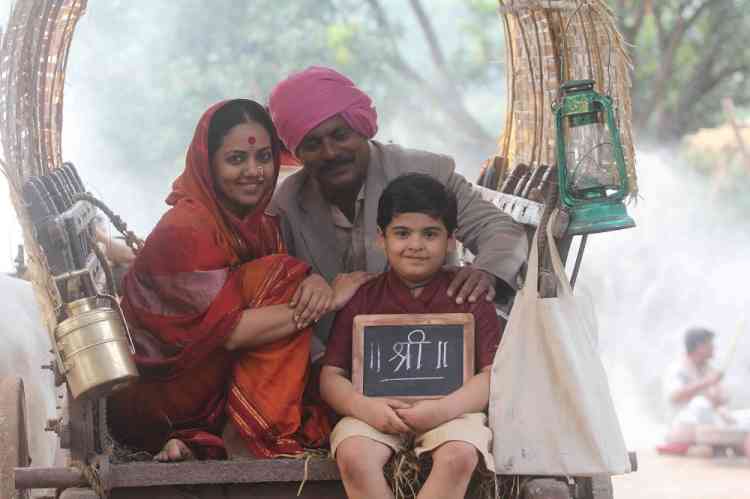 &TV’s Ek Mahanayak Dr B.R. Ambedkar recently has completed the 200 episodes mark! The entire cast and crew celebrated this milestone with a cake cutting on the sets and, congratulated each other for the success and appreciation the show has received from its viewers.

Jagannath Nivangune shares, “We all have read about Babasaheb Ambedkar either through books or through the internet. But what I have learnt through this show is much beyond that. It has been a wonderful journey portraying Ramji Sakpal and getting to closely watch the struggles that Babasaheb Ambedkar underwent, which made him the greatest leader of all times. The teachings and knowledge he imparted stay relevant to the people even today.” He further adds, “The show has some exciting plots lined up for 2021 starting with an incident which will deeply impact young Bhimrao and change his outlook towards life.”

Neha Joshi shares, “Indeed, it is a beautiful journey. When I was approached to play the role of Bhimabai, initially I was apprehensive, but with time, I realised it is the strongest role any woman can play. The emotions and feelings towards making the relationship work with the team of &TV’s Ek Mahanayak Dr B. R. Ambedkar grew stronger and fonder with each passing day.” She further added, “Babasaheb was ahead of his time, and his philosophies and ideologies have touched each one of us in different ways. This role has opened different horizons of thinking, making me evolve both as an actor and as a person. Lastly, I thank all the viewers for the continued love and support and making this show a success.”