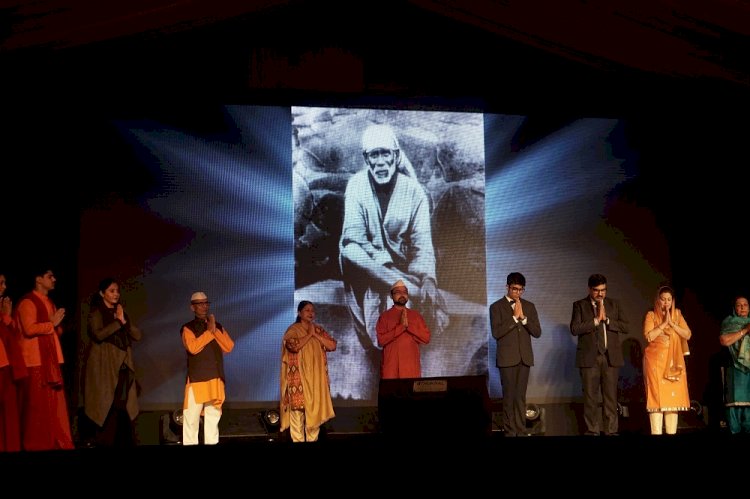 On this auspicious day of Maa Saraswati Puja, members of the Aangan presented a unique multi faith panorama, showcasing the universal truth that God is One. Renowned Hindustani Classical singer Ms. Sniti Mishra rendered devotional songs and added to the sanctity in the ambiance. The audience was soon carried away in time through `Samay ki Nazaron Sae’, a play portraying the spiritual awakening of Swami Vivekananda and his service to mankind, mentored by his Guru. Shri Prakhar Gautam, Founder, Parindey Storyteller Theater Group, Gurugram, was the director of the play. Shri Harish Bhimani, the eminent voiceover artist of the TV series Mahabharata fame lent his voice to Samay - the narrator in the play and was personally present at the event. A Lotus Dancechoreographed by the renowned Classical Odissi dancer Smt. Mamta Tandan was presented by the Aangan’s budding dancers. Led by danseuse Ms. Arpita Tandan, the performers held the audience in rapt attention with their graceful and fluid movements to the cadence of Raag Basant, depicting the celebration of Springtime.

In his message, Dr. Satpathyji explained the importance of Vasant Utsav and mentioned how devotees offered their art at the Dwarkamai of Shirdi during Shri Sainath’s lifetime. He appreciated the performers and said that the modern world is gradually losing out on its cultural power because monetary and political powers are dampening the ethics of mankind. He reiterated that man fails to take care of the smaller things in life due to his entanglements with lies, jealousy, and self-deception.
The programme, which was compered by Smt. Jyotsna Rai, former newsreader at Doordarshan. Sai Prasad was served to all who attended the celebration.

The office is here to stay but employee experience will...