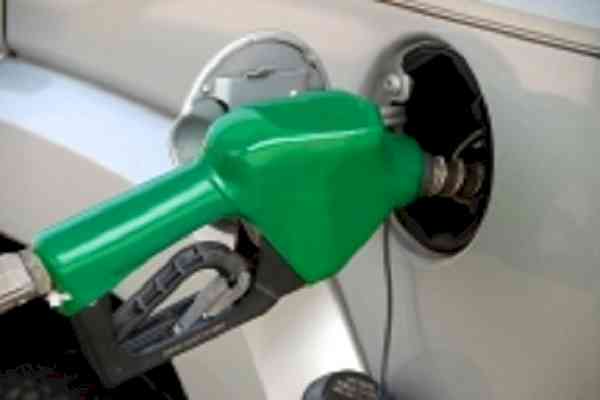 New Delhi, Oct 19 (IANS) Consumers could expect relief from the surging price of auto fuels this festive season as the government may opt for an excise duty cut on petrol and diesel, for the first time since the outbreak of the pandemic.

By doing so, the government aims to prevent rising crude oil prices from adversely affecting the retail price of these two commonly-used products. Petrol and diesel prices have already reached historic high levels across the country and have risen on most days for past one month, burning a larger hole in consumers' pockets.

Sources said that Rs 2-3 per litre cut in excise duty on petrol and diesel might be announced as a shield to prevent a further spike in prices of auto fuels.

The announcement may be made ahead of Diwali to sweeten the festivities for consumers who have bore the brunt of rising fuel prices with petrol rates increasing by Rs 30 per litre since January 1 while diesel prices rose close to Rs 26 per litre.

"The proposal to look at duty revision on two petroleum products has been discussed afresh. Though nothing has been finalised yet, a decision may be expected soon," the source privy to the discussions said.

For consumers, a Rs 3 cut in excise duty could translate into bigger cut in retail prices of petrol and diesel as oil companies may also take over some burden of price cuts. Sources said, that states are also being asked to look at VAT cut on fuel prices to help bring down retail rates to below Rs 100 a litre.

Petrol is currently priced at Rs 105.84 a litre in Delhi while diesel is priced Rs 94.57 a litre. In Mumbai and several other places in the country, even diesel prices have climbed above Rs 100 a litre mark.

But with benchmark Brent crude prices now breaching three-year high levels at close to $85 a barrel and the expectation that it could increase further in wake of already-announced OPEC decision to taper production cuts gradually and rising demand globally as economic activity picks up pace post fresh wave of the pandemic.

The Indian basket of crude, a derived basket comprising sour grade (Oman and Dubai average) and sweet grade (Brent dated) of crude oil processed in Indian refineries, has also moved up consistently over the past few weeks and reached an average of $73.13 a barrel in September up from $69.80 a barrel in August. This is well above comfort level of the Finance Ministry.

Sources said that the government has enough room to cut excise duty on petrol and diesel with an earlier ICICI Securities report suggesting that excise duty could be cut up to Rs 8.5 per litre without impacting the government's target for revenue from the tax on the two fuels this year.

Without duty cut, the government is expected to collect over Rs 4.3 lakh crore from auto fuels - much higher than budget estimate of Rs 3.2 lakh crore. Even in FY21, contribution of the petroleum sector to the exchequer remained at over Rs 4 lakh crore. This is because excise duty was raised by Rs 13 and Rs 16 per litre on petrol and diesel between March 2020 and May 2020 and it now at Rs 31.8 on diesel and Rs 32.9 per litre on petrol.

The increase in excise duty was to mop up gains arising from international crude oil prices falling to a two-decade low. In fact, a large portion of additional excise earnings was used for Covid relief measures announced by the government. But the thinking now is that with tax revenues both direct and indirect showing buoyancy with economy fast on revival mode, some revision in duties can be made in the interest of the common man.

The Wadhwa Group clocks revenue over 550 crores in span...