A scintillating second-half display helped Mumbai City FC begin their Durand Cup 2022 campaign with a win as they beat Armed Forces side Indian Navy 4-1 in their opening fixture of Group B at the Salt Lake Stadium, here on Thursday. 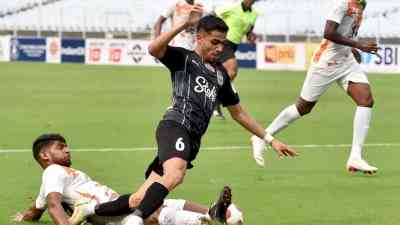 Kolkata, Aug 18 (IANS) A scintillating second-half display helped Mumbai City FC begin their Durand Cup 2022 campaign with a win as they beat Armed Forces side Indian Navy 4-1 in their opening fixture of Group B at the Salt Lake Stadium, here on Thursday.

Indian Navy's Adersh (43') opened the scoring of the game before Vikram Partap Singh's goal (45+3') at the cusp of the half-time cancelled out their lead. A Greg Stewart penalty (65') followed by two quick-fire goals from super sub-Lallianzuala Chhangte (89', 90+1') sealed the deal for the Des Buckingham-led side.

The Islanders got off to an attacking start from the get-go as Vikram's header flew past the goal from a Bipin Singh cross through the left wing. In the tenth minute, the Indian Navy's defence was put to test as the pacey Vikram Partap Singh tried to get past his man with his skills but was brilliantly tackled by the armed forces defender.

Buckingham's men continued to pounce on the Indian Navy defence with a well-planned midfield link-up play through new signings -- Alberto Noguera, Greg Stewart, and Apuia, with the latter, almost putting his side through with a potent shot that unfortunately hit the woodwork.

With loads of chances being created and constant pressure being mounted on the opponent, Buckingham's men were kept at bay by the towering presence of the Indian Navy keeper Vishnu who gave a run for the Islanders' attackers' money.

Having lesser possession, the Indian Navy managed to crack open the Islanders' defence to draw first blood with the help of Adersh who was left unmarked in the centre of the park, pulling a splendid finish from outside the box to make it 1-0 for the armed services side in the 41st minute.

Towards the end of the first half with three more additional minutes, the Islanders managed to pull one back through Vikram Partap Singh, who slotted one right above the keeper's head, after receiving a pass on the far right wing, to bring his side back in the game.

The second half continued similarly for both sides with Mumbai City FC constantly penetrating in their opponent's half while the Navy kept their defence intact. Ahmed Jahouh came on and had a profound impact on their game, getting into the right positions and finding players in spaces and making the final pass.

Lacking the finishing power, Bipin Singh and Vikram Partap Singh failed to convert two back-to-back chances as Buckingham's men continued to have the majority share of the possession and dominated the field with their bolstering attack.

In the 65th minute, marquee signing Greg Stewart opened his goalscoring account in the Mumbai colours after making the keeper dive the wrong side from the penalty spot to make it 2-1 for his side. The Islanders were awarded a penalty as Alberto Noguera was tripped inside the box.

Substitute Lallianzuala Chhangte stepped into the attack to give his side a two-goal lead in the 88th minute after Jahouh found him open on the right, with the former casually beating past his defender and netting it towards the far corner of the goal from an acute angle.

Minutes later, in stoppage time, Chhangte found himself in the right position at the right time as a foul on Gurkirat Singh saw the ball rebound to Chhangte. The winger fired it right down the middle to net the Islanders' fourth one of the day, securing the three points in the kitty and making a winning start in the Durand Cup.

LG writes to Kejriwal over delay in permission for tree translocation

India can soon hope to host the Olympics, says badminton... 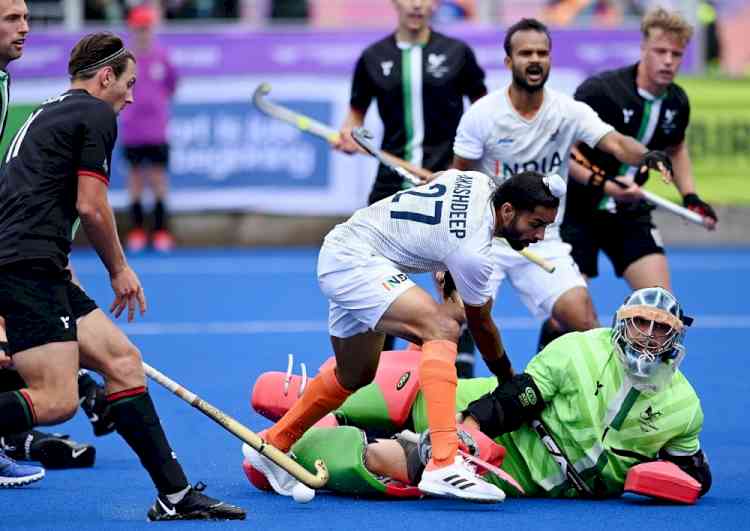 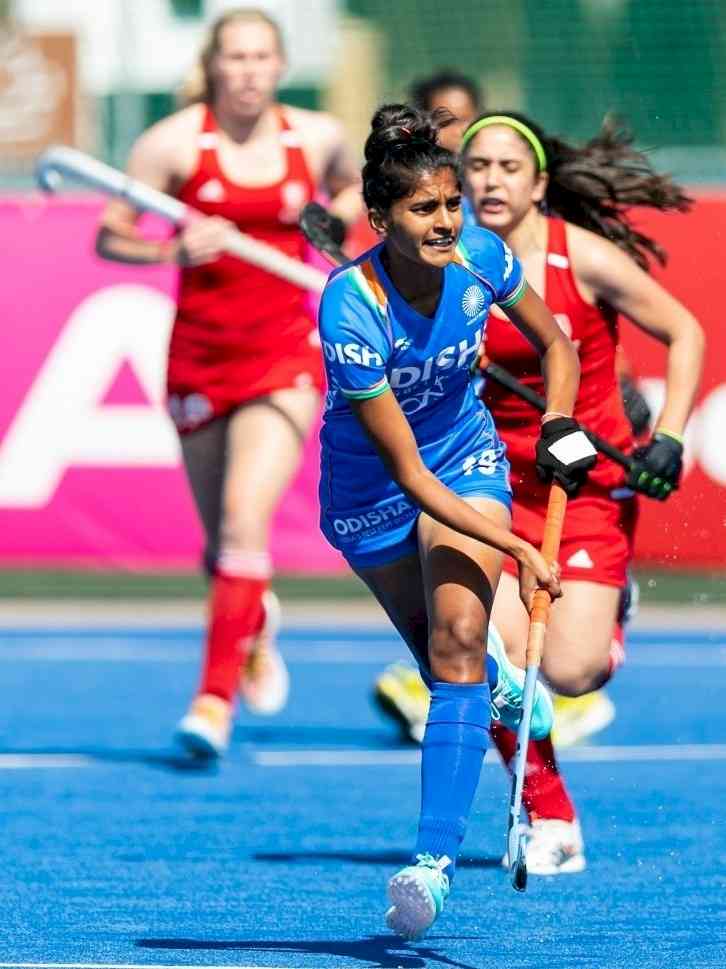