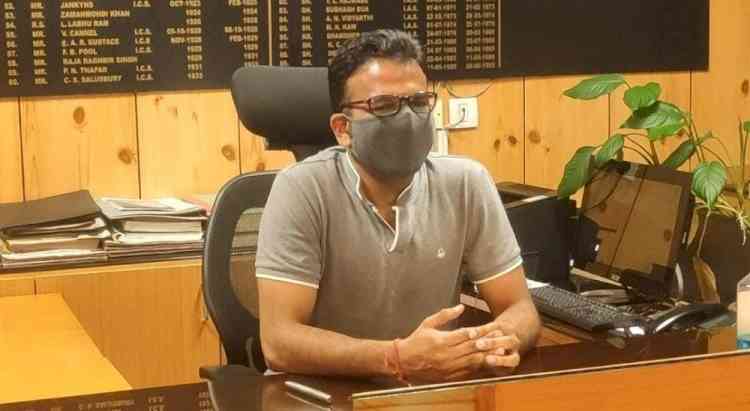 Deputy Commissioner Dr Nipun Jindal said that smooth implementation of the welfare schemes of the state government would be his priority, besides concrete steps would also be taken to ensure speedy resolution of the problems of the people. For this online services will be strengthened.

D C said that public participation would also be ensured to deal with Covid-19, along with this efforts would also be made to bring transparency in the development works at the village level. He said that various projects would also be started to keep the young generation away from drugs. Dr Nipun Jindal said,'' there are three main Shakti Peethas of the country Jwalaji, Chamunda and Brajeshwari Dham in Kangra district and appropriate steps will be taken for strengthening the arrangements in these temples, for this emphasis will be given on computerization so that transparency is maintained.”

Deputy Commissioner Dr Nipun Jindal said that a plan would also be prepared for the construction of Panchavati parks and development of playgrounds at the village level so that children could get better opportunities for sports. He said that regular review of all government programs and schemes would be done so that the 100% target could be achieved.”

Dharamshala Press will not take refreshments in government...