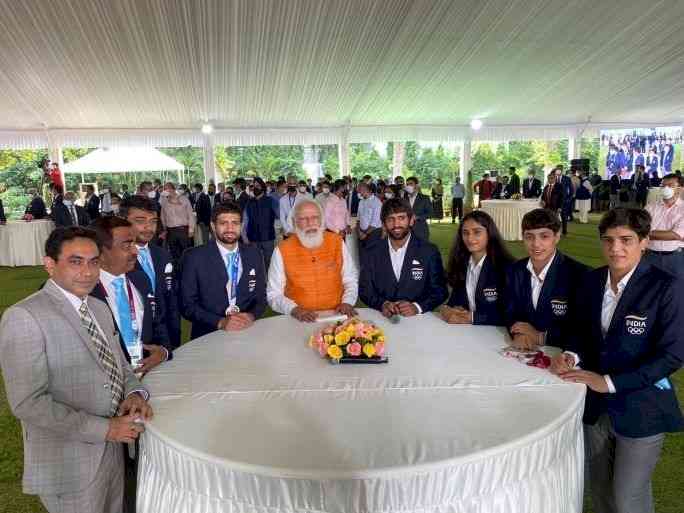 New Delhi, Aug 18 (IANS) Prime Minister Narendra Modi, at the breakfast meeting with Tokyo 2020 Olympians at his residence, had a special chat with grappler Vinesh Phogat, currently suspended by the Wrestling Federation of India (WFI) for alleged indiscipline.

Modi reached out to Vinesh to boost the wrestler's morale following a tumultuous last few weeks since the Olympics. Modi reportedly told the grappler that not only was he a fan of her skills, but also he respected the contribution her family has made to the sport. The PM also told Vinesh that emotions of "self-anger" and "dejection" needed to be avoided in what could prove to be a vital pep talk for the 26-year-old.

"Jeet ko sar par chadhne na do, haar ko man mein basne na do (Do not get arrogant in victory and do not get bogged down by defeat)," is what Modi told Vinesh.

Not only medals, you have won hearts of Indians: Anurag...

Preparations for Khelo India Youth Games to be over by...