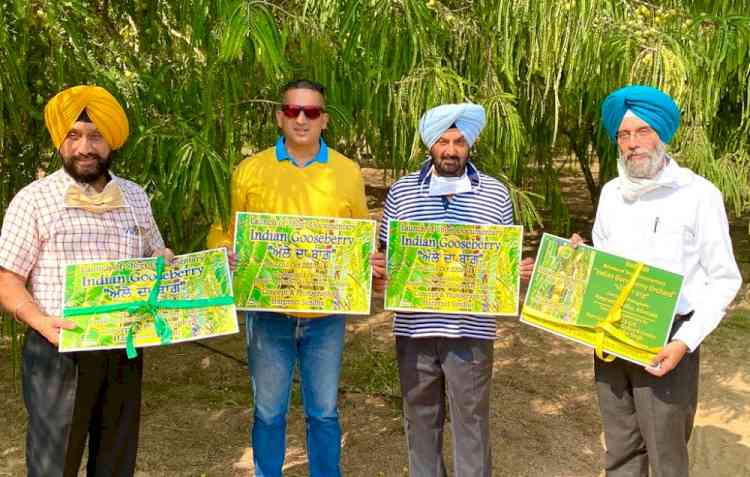 Dean Horticulture and Forestry Dr. M.I.S Gill after releasing the online film acclaimed this Documentary as an impressive work, showcasing the importance of "Indian Gooseberry" - Amla Fruit Orchard which is under the department of Horticulture, PAU. He further appreciated the dedicated efforts of Harpreet Sandhu for making this timely and useful documentary film which will definitely promote the significance of this fruit within the community.

Dr. Harminder Singh, Head Department of Fruit Science admired the beautiful concept in form of short Documentary by Harpreet Sandhu and urged everyone to must preview this Documentary as this fruit is the best for immunity system in covid era.

Director of the film Harpreet Sandhu during the launch of the Documentary said that he has made this short film in collaboration with PAU, with aim to promote this beautifully maintained Indian Gooseberry Orchard by the Horticulture and Fruit Science Department, PAU. Sandhu said it was worth to capture through lens the Small trees having yellow-green edible fruits bit sour, bitter, and astringent - the best winter fruit which boosts immunity and also this fruit depicts the traditional saying of our elders that, “ਔਲਿਆਂ ਦਾ ਖਾਦਾ ਤੇ ਸਿਆਣਿਆਂ ਦਾ ਕਿਹਾ, ਬਾਅਦ 'ਚ ਹੀ ਪਤਾ ਲਗਦਾ”. Harpreet Sandhu thanked Padma Shri Dr. B.S Dhillon (Worthy Vice Chancellor PAU) for his sincere cooperation and applauded the up-keeping and maintenance of Indian Gooseberry Orchard under the able guidance of Dr M I S Gill (Dean, College of Horticulture & Forestry) at a impressive event organized at Punjab Agricultural University, Campus, Ludhiana.

Roadmap to be prepared to increase income of Zila Parishad...