It was interesting 4-day tournament 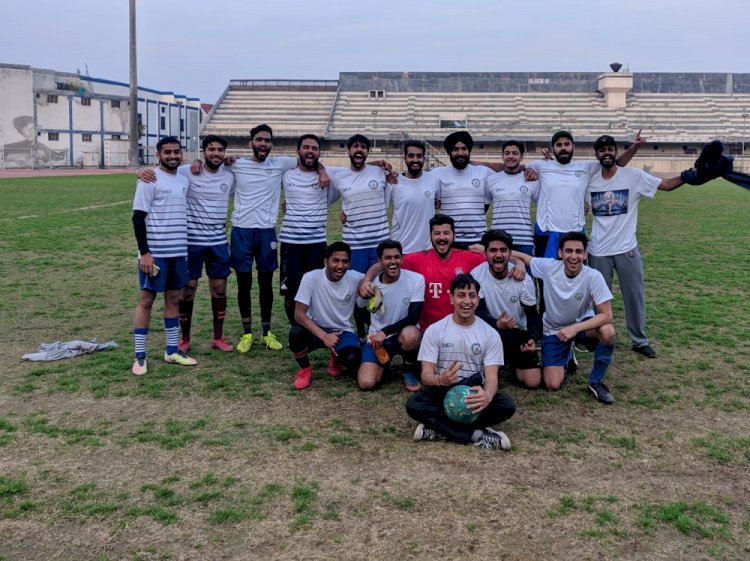 Ludhiana: An inter-college tournament ‘Syndrome’ is being organized between DMCH and CMC, Ludhiana.  The four-day tournament saw an interesting “Football Match” on Tuesday between the two colleges and DMCH emerged victorious with a score of 2-1 against CMC.

In the first half, Melvin from CMC scored from the left wing and slotted the ball into the bottom right corner. The second half saw a shift in play and DMCH scored two power goals in the final 10 minutes of the match.

Navneet scored the first goal for DMCH team and then Avi soared above the rest in the final five (5) minutes to head the ball into the roof of the net and put this evenly fought and keenly contested match to rest. The end of the match saw both teams come together to shake hands highlighting the spirit of sportsmanship between the young medical students