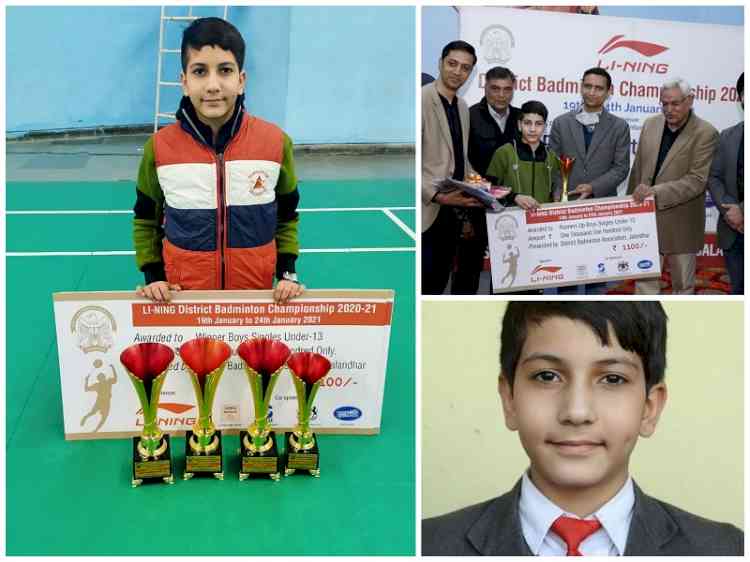 Jalandhar: Divyam Sachdeva of Innocent Hearts, Green Model Town bagged the first position and  won gold in Open District Badminton U-13 Boys (single), U-15 Boys (single) and U-13 Boys (Double) whereas in U-15 Boys (Double) got silver medal. This Open District Championship was organized in Raizada Hans Raj Stadium. He was honoured and awarded with prizes by Deputy Commissioner of Jalandhar. Divyam is the best player of school as well as a brilliant student.

Mr. Rajeev Paliwal, Principal and Mrs. Sharmila Nakra, Vice-Principal congratulated the child and his parents on this achievement. Mr. Sanjeev Bhardwaj, HoD - Sports congratulated Divyam and motivated him to go ahead with same zeal.

Olympics: Facts and figures about Tokyo 2020

One lady from Himachal has become first female regional...