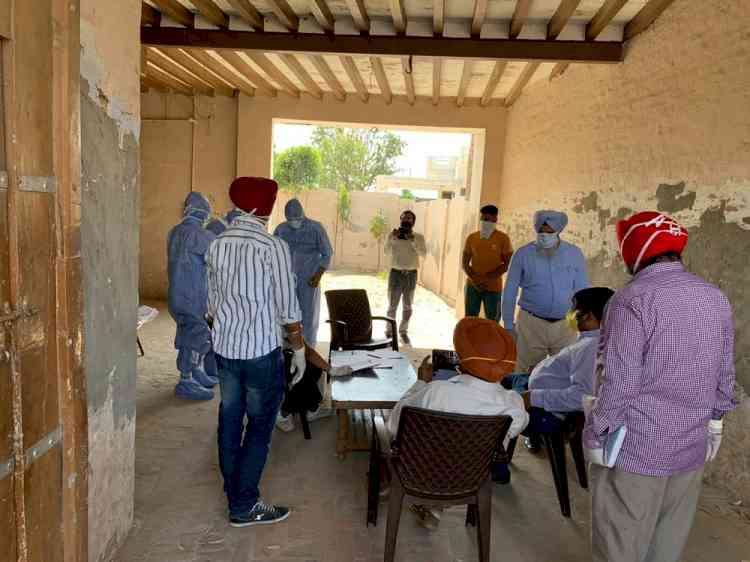 Ferozepur: District Administration has launched a mammoth exercise to trace the contacts of Corona Virus positive patient belonging to village Vada Bhai ka of District Ferozepur.
Divulging more, Deputy Commissioner Ferozepur Mr. Kulwant Singh said that the village boundaries have been cordoned off and the drive was initiated to trace the contract persons of positive patients. The patient has been shifted to the isolation ward of the civil hospital Ferozepur and his family members have been home quarantined immediately, added the deputy commissioner.
He further added that the district administration Ferozepur had received the information from the Ludhiana District magistrate office which sought contact tracing of that positive patient. Mr. Kulwant Singh said that acting swiftly on the information received from the Ludhiana administration, the administration started to contact tracing drive besides placing the patient under home quarantine.
The deputy commissioner said that following the protocol fixed by the state government, the district administration on Friday sealed the whole village after receiving the information that the patient was tested positive for COVID-19.
Mr. Kulwant Singh further added that the senior officials of the district administration including SDM Mr. Amit Gupta, Civil Surgeon Dr. Navdeep Singh have camped in the village and monitoring the measures being taken by concerned authorities.
The deputy commissioner urged the people of Ferozepur to strictly adhere to the curfew guidelines issued by the government to prevent further spread of this disease adding he said that the fight against this deadly virus could only be won with the cooperation of people only as they can break the chain of transmission just by staying inside their homes

Industry reactions to announcements made by RBI