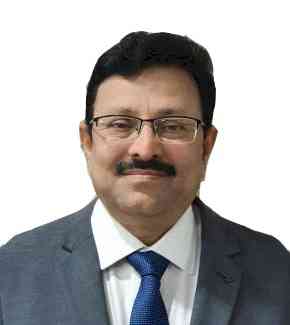 New Delhi: Shri Dilip Kumar Patel has taken charge/assumed responsibility as Director (HR) of NTPC today (April 01)
Shri Patel has had an illustrious career spanning over more than three decades including both line and HR functions. After gaining work experience in (Mechanical Maintenance & CHP Operation) and Employee Development Centre (EDC) at Korba, he took a leap in his career and switched to core HR functions in 1997. He looked after various dimensions of HR at Korba and subsequently moved on to become the Head of HR at Koldam where the first hydro project of NTPC was launched.
Shri Patel had been the HR Head in various NTPC projects like NSPCL Bhilai, Sipat, and Tanda for around 12 years. He was also the Regional Head of HR in the Eastern Region-2, before he was appointed as the Director (HR).
Shri Patel graduated in Mechanical Engineering from NIT, Rourkela and did his Post Graduate Diploma in Business Management (HR & Finance) from MDI, Gurgaon.

RailTel shares close 29 per cent up amidst market sell-off