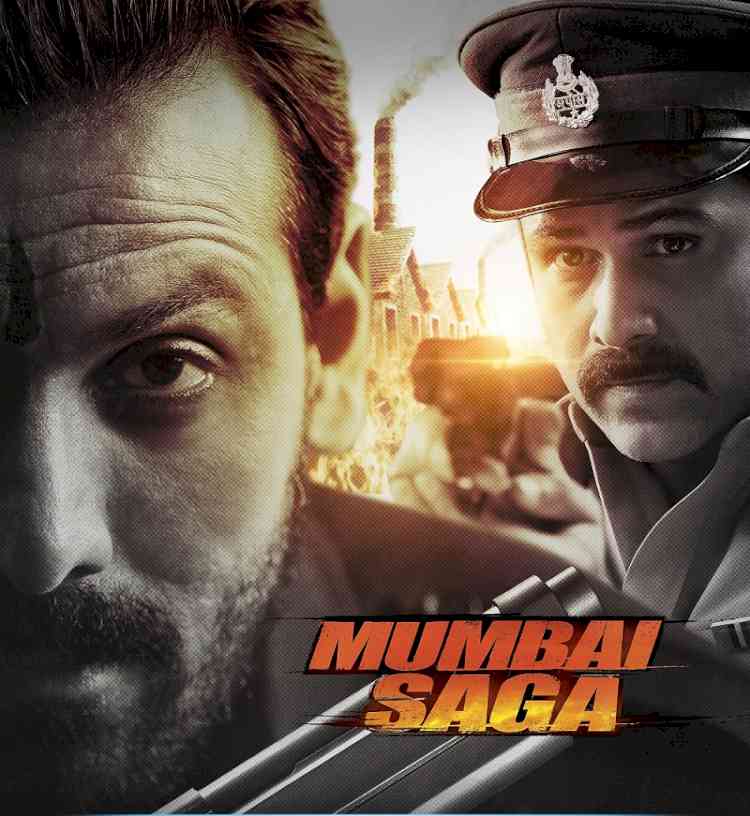 This action drama is a fictional story of the duel between Amartya Rao (John Abraham) and Senior Inspector Vijay Sawarkar (Emraan Hashmi) that explores different tangents of hopes, aspirations, friendships and betrayals against the backdrop of Mumbai in the early 90s. However, most importantly, Mumbai Saga is a tale of the Bombay that it was and the Mumbai that it became.

Vijay Subramaniam, Director and Head, Content, Amazon Prime Video, India said, “We have received a tremendous response and sustained interest from customers for action movies on our service. Mumbai Saga is an exciting addition to an already thrilling line-up on Amazon Prime Video, featuring some of the best stars in Bollywood. Prime Video members across 240 countries and territories will be able to catch this edge of the seat action thriller right from the comfort of their homes within a few weeks after its theatrical release.”

Mumbai Saga for me is a very special project. A digital premiere on a service as popular as Amazon Prime Video helps us reach a wider set of audience and I am confident that the movie will be enjoyed by action movie lovers across the world.” said, Director, Sanjay Gupta. “Mumbai Saga is a completely new and refreshing take on an action drama that brings John Abraham and Emraan Hashmi on the screen for the very first time and present them in never-seen-before avatars. The cast, the strong narrative and the backdrop of Mumbai in the early 90s will keep the audiences at the edge of their seats, making it a delightful watch!”

Producer Bhushan Kumar added, “With Mumbai Saga, Sanjay Gupta as well as the entire cast and crew have put their heart and soul in bringing to the audience an action blockbuster that ticks all the right boxes.The Indian audience loves watching action movies. . The nail-biting action sequences, a cop vs goon chase and Amazon Prime Video’s reach in over 240 countries and territories make the digital premiere of Mumbai Saga even more special.”

Lead Actor John Abraham shared, “The movie released in cinema halls this March and I am delighted with the response from fans who watched the movie. Mumbai Saga will now premiere on Amazon Prime Video and this feeling of sharing our hard work across the world is amazing. Mumbai Saga is my third project with Sanjay after having worked together on Zinda and Shootout at Wadala. I absolutely love working with him as I believe he brings out the best in me and more importantly, he understands the pulse of the audience and delivers films that are loved by them. Mumbai Saga is an out and out entertainer the audiences will enjoy. I essay the character of Amartya Rao, a gangster, which is very different from the ones I have done in the past. It was a delight to work alongside Emraan for the very first time. We shared some great moments on the set while shooting for the film.”

On collaborating with Sanjay Gupta for the first time, Emraan Hashmi said, “I am thrilled to announce the digital premiere of Mumbai Saga on Amazon Prime Video. Mumbai Saga is very close to my heart. Vijay Savarkar’s character, while being a cop, has some grey shades to it, and that’s something that excited me to take this role on. Sanjay is a prolific director who has created the most iconic action films in Indian cinema, and I was thrilled when he approached me to take on this powerful role.”

“Director Sanjay Gupta is my go-to person and we have shared a great bond since we first collaborated for Kaante in 2002 and subsequently worked on several films together. When he narrated Mumbai Saga to me, I was instantly convinced that I have to be part of it. Sanjay Gupta enjoys a mass following and action movie-lovers look forward to his movies. Mumbai Saga promises action in the signature ‘Sanjay Gupta style’ and it gets an additional boost with the digital premiere on Amazon Prime Video.” said Mahesh Manjrekar.

Suniel Shetty added, "My friendship with Sanjay is as exciting as the film's storyline, and I didn't give a second thought when the role was offered to me. Fans have already loved my Anna look in the movie, and I am excited for the world premiere of Mumbai Saga on Amazon Prime Video. It allows fans across the world to enjoy the movie from the comfort of their homes, and I believe the film has all the ingredients to make it a mass hit.

Students of DIPS Institutions get placed in reputed government institutions as medical...

Efforts being made to operationalize thousand bedded makeshift hospital in district... 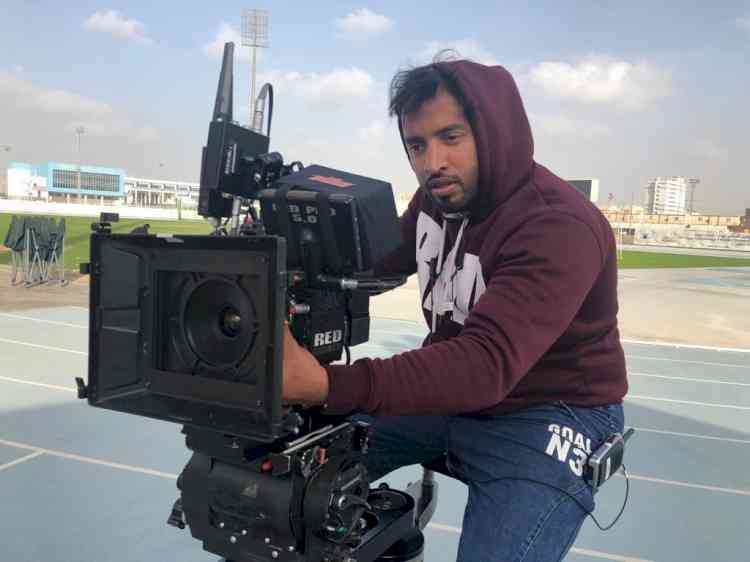 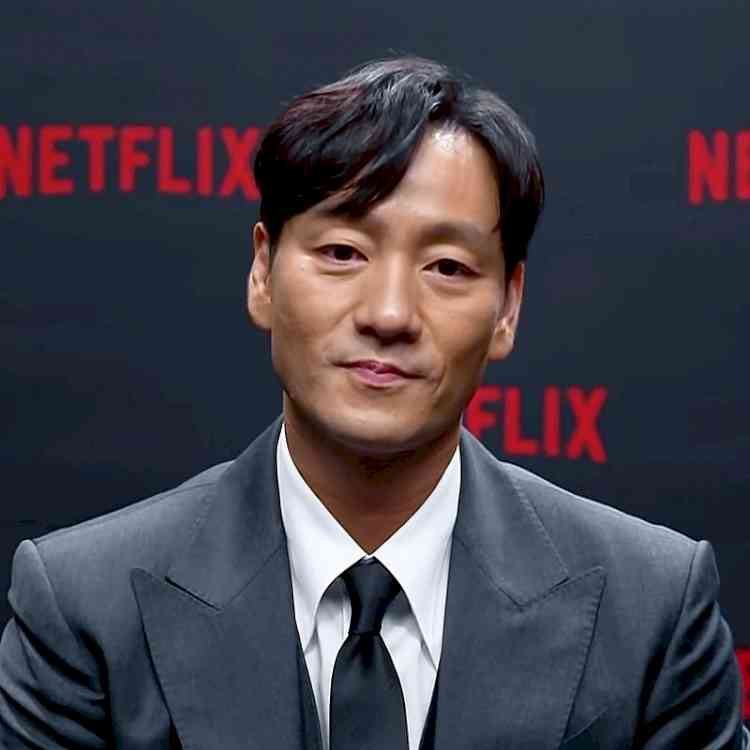 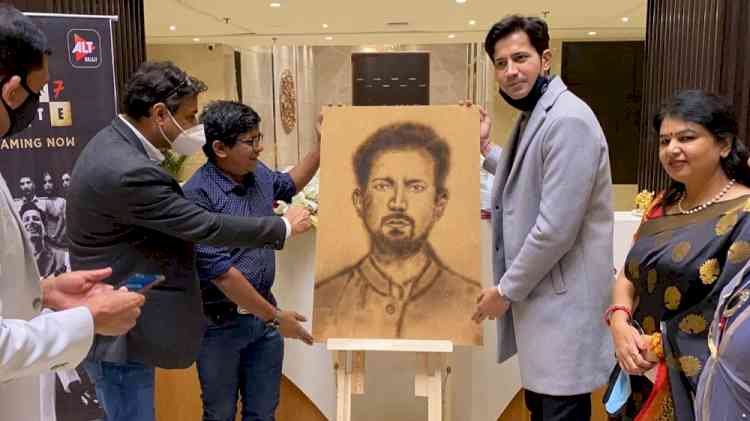 It's good to be back in Jaipur: Sumeet Vyas