Placement of Google ads alone is not Digital Marketing 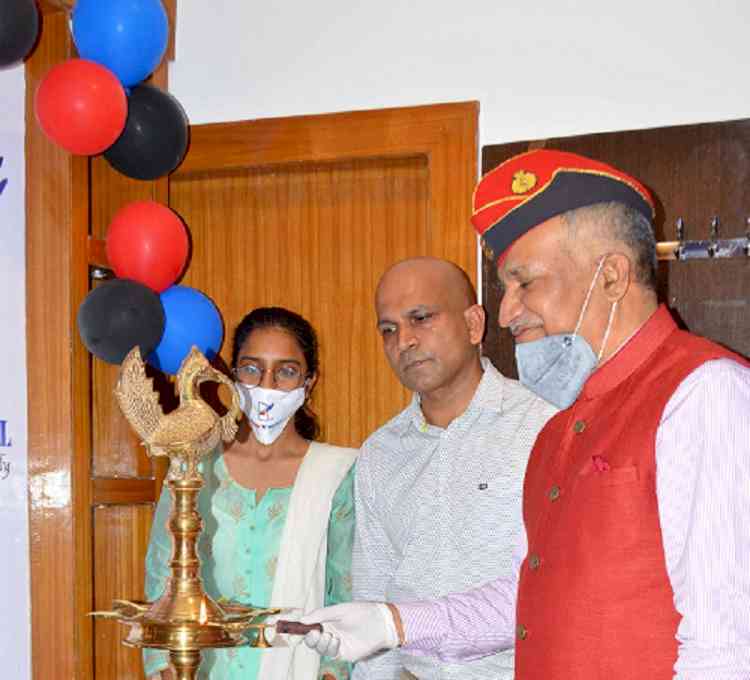 Hyderabad: Brand N Digital, a new age Digital Marketing firm which took birth in the first spell of Lockdown was inaugurated here in the city on Monday at Banjara Hills.

Speaking on the occasion Maj Gen N Srinivas Rao said I like the idea of Compulsory military service for those seeking govt jobs mooted recently by General Bipin Rawat, Chief of Defence Staff of India addressing at a Defence Ceremony. Even Parliamentary Standing Committee also recommended it.

Talking about current burning issue with China, Maj Gen Rao said, their(China’s) perceives LoC is different from ours. And ours is different from theirs. This is a bone of contention. It has to be resolved through talks.

Brand N Digital sey up by a former officer will provide quality Digital Services as there is dearth for the same he added.

Brand N Digital is set by a voluntarily retired Commissioned Officer from
Indian Army. From Combatant Commissioned Officer to a NSG Commando of an elite Unit
52 Special Action Group, the only counter hijack unit in the Country, to Digital Entrepreneur, Col. Anil Kumar NR made his mark in whatever he did.

Nearly 20,000 both officers and jawans retire from Army in Hyderabad and settle here. Also city has two lakh plus Army Veterans. All these recently retired will get into some business and need digital push. So I am being from Defence I have captive clientele Col Anil Kumar said.

Further, Hyderabad(it was Delhi earlier)is the preferred city for all faujis(soldiers) for retired life either voluntarily or on super anumati on. Bangalore is not at all preferred. Next is Pune. This is being my trendsetting business venture as retired Army officer, we hope to do well shared Col Anil.

His fearless acts, won him the title of ‘Rudra Anil’ in the Military Unit. UN lauded him with ‘United Nations Force Commander Commendation’. He received Appreciation from Congolese Army for enhancing the operational efficiency.

The retired Commissioned officer is now making his second innings as a Digital Entrepreneur.

The company was founded during the Lockdown and implemented many online campaigns successfully.

We are living in two worlds. One is real and the other is virtual. The real world is dormant with restricted movements, either self imposed or government restricted lockdown. The virtual world is very active. It is for the virtual world we could manage things and survive during the lockdown. So there will be lot of demand for Digital Marketing Services, shares Col Anil Kumar

Google Ads placement alone is not Digital Marketing. There is much more.

Digital Marketing is not everybody's cup of tea. It is a complex space, constantly evolving.

It has produced Instagram, YouTube personalities, Bloggers and a new type of influencers. A video is No Longer an Option. In a mobile-mad world, people are watching more video than ever before, It is highly-engaging, Live streaming, AI technology, video, voice search, and interactive content will be among the most prominent trends. The more tech-savvy consumers of today want brands to connect with them in new and exciting ways that make the customer journey easier and more enjoyable. And Brand N Digital fits in the bill, he says

Thanks to COVID and even before that majority of the businesses have digital presence. With COVID, more penetrating digitally.

Digital marketing is gaining prominence as it is economical, connects to global customers instantaneously, can engage and convert into sales. With online presence, the globe becomes their market place.