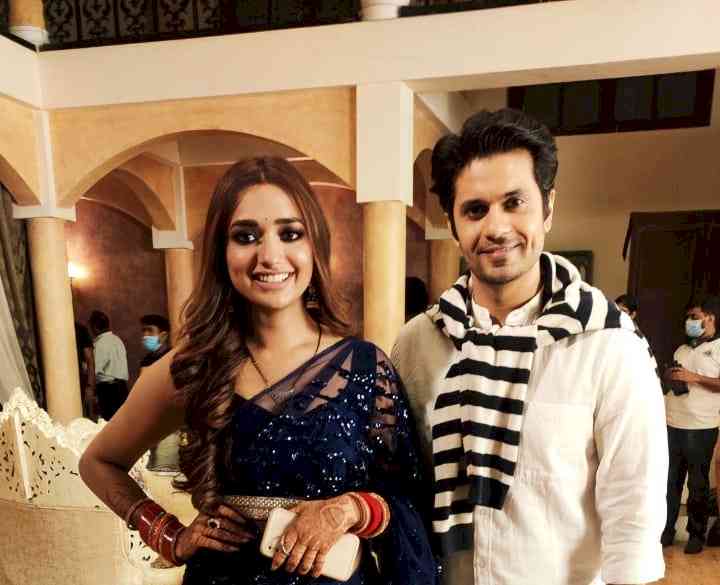 Less than a year ago, Sony SAB brought alive a fascinating tale of two sisters Garima (Megha Chakraborty) and Susheela (Jiya Shankar). Hailing from Haryana, the two sisters strived to challenge societal norms and set out to inspire the audience since the beginning. With having now achieved to change and inspire the audience through its concept, the audience will witness a fresh change in not just the narrative and characters but also a change in the salon’s name.

Launched as ‘Kaatelal & Sons’ the show now rebrands the name of the salon as ‘Kaatelal & Daughters’ in line with the story, bringing a fresh wave of progressiveness and cheering the sheer determination and spirit of daughters who prove that they are no less than sons. Refusing to bottle up their aspirations and stepping into a male-dominated job of running a barber shop Garima and Susheela have successfully turned the tides crushing all norms of patriarchy. After a long tryst with hardships and challenges, the sisters have finally won their father’s approval. So much so that, Dharampal (Ashok Lokhande) decides to gift them a surprise by rebranding and redesigning the salon’s name board to ‘Kaatelal & Daughters’. Entering a new chapter in their lives after marriage and taking on their father’s business to new heights, Garima and Susheela are all charged up to take on new challenges that life has in store for them.

Produced by Contiloe Pictures, Kaatelal & Sons adds to Sony SAB’s heart-warming line-up of shows that aim to inspire through its characters and storyline. The show also features a stellar line-up of talented artistes like Ashok Lokhande, Vinay Rohrra, Sahil Phull, Pankaj Berry and Meena Mir amongst others.

Megha Chakraborty says, “It is an incredibly proud moment for me and the entire cast championing a progressive turn where the salon in the show Kaatelal & Sons will now be showcased as ‘Kaatelal & Daughters’. The show has beautifully resonated with the audience with its light-hearted yet impactful storyline. We have successfully tried to inspire the audience and weave in the perception of ‘Khol Dimag Ka Shutter’ that we had initially set out to achieve. The leap in this show will bring a freshness to the characters, and an overall revamp taking the entertainment quotient a notch higher.”

Jiya Shankar says, “There has been a constant need to reiterate gender roles in our society and I believe Kaatelal & Sons have succinctly sparked this conversation in the right manner. Having also successfully seed in the thought and concept of ‘Khol Dimag Ka Shutter’ since the beginning and having to inspire the audience in itself is considered to be a huge achievement for us. No gender is superior than the other, Garima and Susheela have finally proved their capability and won their father’s approval to open a salon on their names. With marriage on the cards and an ancestral business to take forward both the sisters are in for a challenging ride ahead but refuse to shrug off their never give up attitude.”