Rapchee Originals is really one of its kind 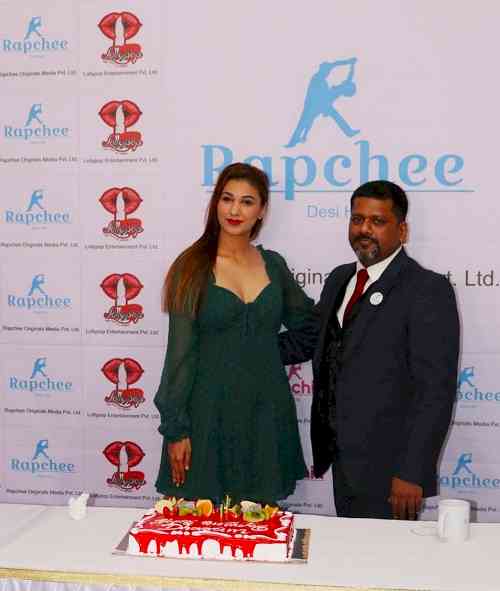 Last weekend, the founder of Rapchee Originals Dharam Dutt Gupta along with actress Jasleen Matharu announced the start of free streaming on the newest OTT platform. During the press conference, Dharam Gupta and Jasleen Matharu spoke at length about the new platform in detail, and why it’s different than other OTT platforms in the market.

Talking about the new OTT, Jasleen Matharu, said, “Rapchee Originals is really one of its kind, and I’m glad to be here, and part of this event. I think what I like the best about it is the great content it offers to the viewers"! The actress also mentioned that she'll be part of the first web series of the OTT platform she'll soon be talking about.”

Dharam Dutt Gupta was quoted saying, “Rapchee Originals is one of its kind, and it’s purely ‘Desi’ in nature. The content is as such that it can be watched by every member of the family- together! It’s not just a package of entertainment, but it also has shows with content that help enrich the viewer’s mind”.

Mr. Gupta said, “We’re more than happy to present the audience with an OTT platform like Rapchee. It’s a much need breath of fresh air among several OTT options to choose from for the viewer. Not only it is family-friendly, it’s also great for everyone who doesn’t want to compromise on their security while signing up with an OTT platform.”

Rishikesh Pandey is back as Rishiking with Swag