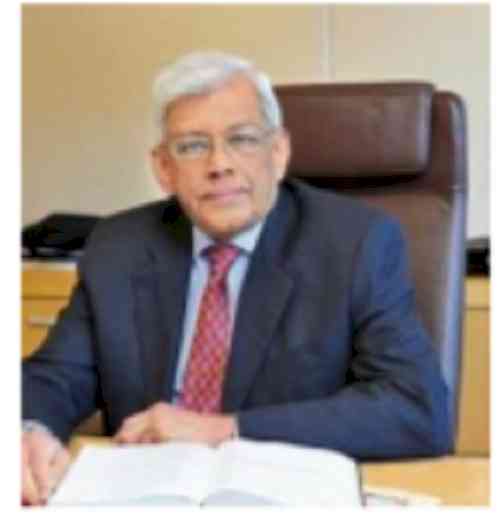 Mumbai: HDFC Ltd Chairman, Deepak Parekh has urged Real estate developers to compromise on the property pricing to sell-off unsold inventory to generate liquidity rather than going in for costly borrowings post the COVID crises at the Housing For All 2020 knowledge series webinar organized jointly by the real estate industry body NAREDCO and CREDAI.

Mr. Parekh stated that “a bit of compromise in the prices by developers will revive the real estate sector on demand stimulus on the next six months. The buyers who are in liquidity should buy properties now and the inventories will be available on good price,” He pointed out.

According to Mr. Parekh, the demand for commercial real estate would continue in the long run. “Post the lockdown scenario, it won’t be a situation where the entire work force would want to work from home, people would still need to meet others, so in the long run, the demand for commercial real estate will not evaporate,” He said.

Parekh in his speech also advised developers to abstain from borrowing heavily. “Borrowings are a double edge sword. While you can leverage and grow during good times, in bad times, it can finish off your business. So you need to know the perils of leveraging during such times,” he explained adding that it is better to get an equity cushion than going in for debt.

He also advised the developers to concentrate on completing the pending projects on time, rather than going in for new launches. “You can also get into joint arrangements with corporates to complete projects,” he said.

In his recommendation to the state government, Parekh mentioned that a waiver of stamp duty for a limited time period just before the festive season would help in reviving demand as well. “There is also a need to review the ready reckoner rates on a periodic basis. And also allow staggered payments on levies if you want the developers to come back. If this is not done, no one would be able to pay,” he said.

Speaking on his suggestions to the Reserve Bank of India, Parekh stated that the apex bank needs to take measures like buying commercial papers from the private sector directly. “I also suggest a one- time loan restructuring and increase the working cycle to a 180 day from the present 90 days. Else this will result in a larger number of defaults and NPAs in the system,” Parekh pointed out.

He stated that as compared to other countries, India is in a much better state. “In the G20 nations, only 3 countries, that is India, China, and Indonesia who are expected to have a positive growth to the tune of 1-2 percent this year. The rest 17 are going to witness negative returns,” He said.

He also reiterated the fact that the country could also witness a current account surplus due to the drop in crude oil prices. “With the prices dropping to just $25-$30 per barrel, India could benefit the most as almost 80-85 percent of our oil requirements are imported,” he said.

The event was attended by more than 8500 developer participants from all across the country with some of the biggest names like Dr. Niranjan Hiranandani, President, NAREDCO and ASSOCHAM, Satish Magar - President CREDAI, Rajan Bandelkar- President, NAREDCO West, Nayan Shah - President MCHI and other key developers as Irfan Razak of Prestige, J C Sharma of Shobha, Rajeev Talwar of DLF, R K Arora of Supertech and others participating in the webinar.

Dr. Niranjan Hiranandani, President, NAREDCO explained that though the Coronavirus pandemic seems to be like the most difficult time and a dark period for the real estate, it is not the case so. “We should use this as an opportunity to overcome these challenges and strengthen ourselves to emerge resilient in these testing times,” he said.

Rajan Bandelkar, President, NAREDCO West stated that the government needs to come forward with measures to help out the industry. “Real estate being the second largest employer in the country post the agricultural sector, any impetus given to it has a multiplier effect on other sectors as well,” He said.

Bandelkar added that as suggested by Parekh, the time is really right for those wishing to invest in real estate at the moment. “Prices are really right at present and the interest rates are also low. People who have been waiting to invest won’t find a better time to do so,” He added.

FICO REQUESTS CM PUNJAB AND RAILWAY MINISTER TO NOT ALLOW...