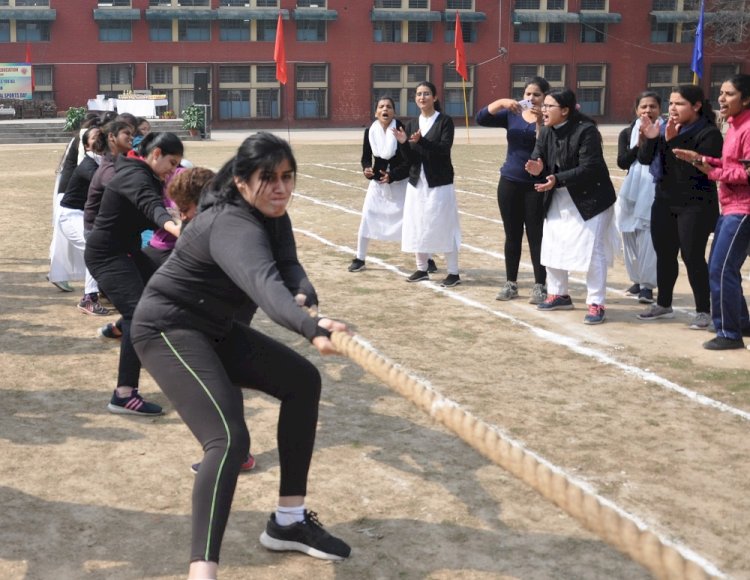 Preeti of B.Ed. 2nd year was declared 'Best athlete of the year', as she claimed gold in the 100 m race, followed by a top finish in 4 X 50 m relay and sack races. She also clinched the 2nd position in the shot put and obstacle race events.
Manju of B.Ed. 2nd year was adjudged the 'Best sports person of the year.' Manju won the first position in 50 m race and came third in 100 m race.

The prize distribution ceremony was graced by Dr. Parminder Singh – Director, Sports Department, Panjab University, Chandigarh, who encouraged  the students to participate in athletics and sports to enrich their lives with the benefits of physical activities.

Dr. Agnese Dhillon, Principal, DSCE 36 B, Chandigarh articulated the significance of Sports in students' life. She stated that winning or losing in sports is not important but the happiness originating from participation in sports is a highly cherished trophy.

My parents have worked day and night to support my judo...