In Hinduism, Lord Ganesha is worshipped as god of wisdom and remover of obstacles 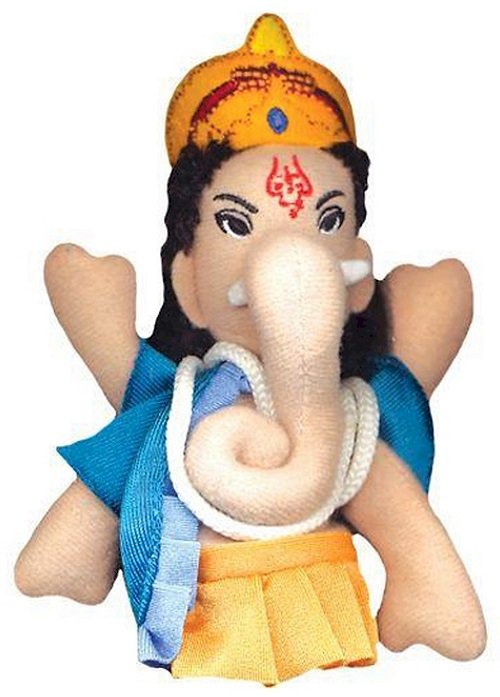 Detroit Institute of Arts (DIA), “one of the premier art museums in the United States”, removed Lord Ganesha finger puppet from its Museum Shop website within hours of Hindu protest; which called it “highly inappropriate”.

Distinguished Hindu statesman Rajan Zed, who spearheaded the protest, in a statement in Nevada today, thanked DIA for understanding the concerns of Hindu community, which thought such a product was trivialization of their greatly venerated deity. But they were still waiting for formal apology from DIA Director-President-CEO Salvador Salort-Pons and Board Chairman Eugene A. Gargaro Junior.

Zed, who is President of Universal Society of Hinduism, suggested that DIA should send its executives for training in religious and cultural sensitivity if it was serious in meeting one of its goals of being “relevant to a broad and diverse audience” by 2021 and to better understand the feelings of communities it serves.

Rajan Zed had said that Lord Ganesha was highly revered in Hinduism and was meant to be worshipped in temples or home shrines and not to be manipulated by finger. Inappropriate usage of Hindu deities or concepts or symbols for commercial or other agenda was not okay as it hurt the devotees.

Hinduism was the oldest and third largest religion of the world with about 1.1 billion adherents and a rich philosophical thought and it should not be taken frivolously. Symbols of any faith, larger or smaller, should not be mishandled; Zed had noted.

Moreover, it was saddening for the devotees to see Lord Ganesha reduced as a finger puppet under the mercy and control of the owner; while in reality the believers put the destinies of themselves in the hands of their deities; Rajan Zed had indicated.

An institution like DIA, “supported by the Michigan Council for Arts and Cultural Affairs and the National Endowment for the Arts”, should not be in the business of trivializing highly venerated deity, Zed had added.

Rajan Zed further said that such trivialization of Hindu deities was disturbing to the Hindus world over. Hindus were for free artistic expression and speech as much as anybody else if not more. But faith was something sacred and attempts at trivializing it hurt the followers, Zed stated.

In Hinduism, Lord Ganesha is worshipped as god of wisdom and remover of obstacles and is invoked before the beginning of any major undertaking. There are about three million Hindus in USA; and a substantial number of them reside/work in the city of Detroit and the counties of Wayne, Oakland and Macomb.

DIA, founded 1885, covers 658,000 square feet that includes over 100 galleries. Its collection of over 65,000 works is claimed to be “among the top six in the United States”; and includes Vincent van Gogh's “Self-Portrait” (1887) and Diego Rivera's “Detroit Industry” murals.

DIA Museum Shop claims to feature “merchandise inspired by the collection” of DIA. Lord Ganesha finger puppet was priced at $6.95 at its website.

Video on Dalai Lama to be released on Tibetan Democracy...

We strongly urge UNHRC and Member States to hold special...

Hindu festivals cancelled in Harare due to Covid-19