Ranking was based on spectrum of talent observed in school 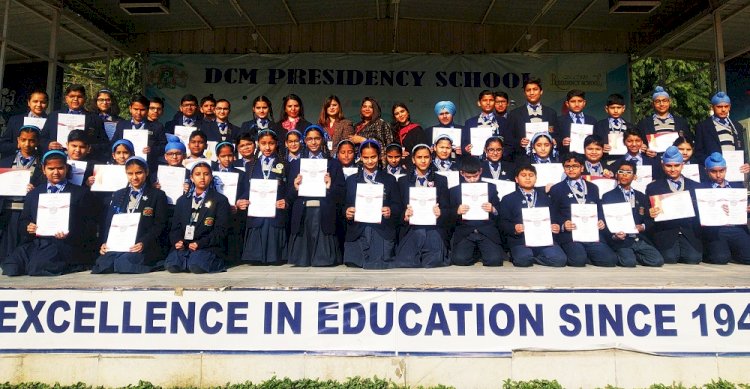 Ludhiana: 68 students were felicitated in the morning assembly by ScoolStars who participated in various activities such as Calligraphy, Performing Arts, Photography, Instrumental Music, Story writing etc.

The School also received the award of being one of the Top 25 Talented Schools in India. The ranking was based on the spectrum of talent observed in the school. As many as 13 students were awarded the highest rating of “ScoolStar”,15 as “Proficient”,22 as “Competent” ,and 14 as “ Developing “.

School Activity Coordinator, Ms.Shalini Mukerjee said that such platforms motivate the students to showcase their talent.
Principal Ms.Rajni Kalra congratulated the winners and motivated them to excel in their chosen field.

7-Day short term FDP on writing and assessment under RUSA