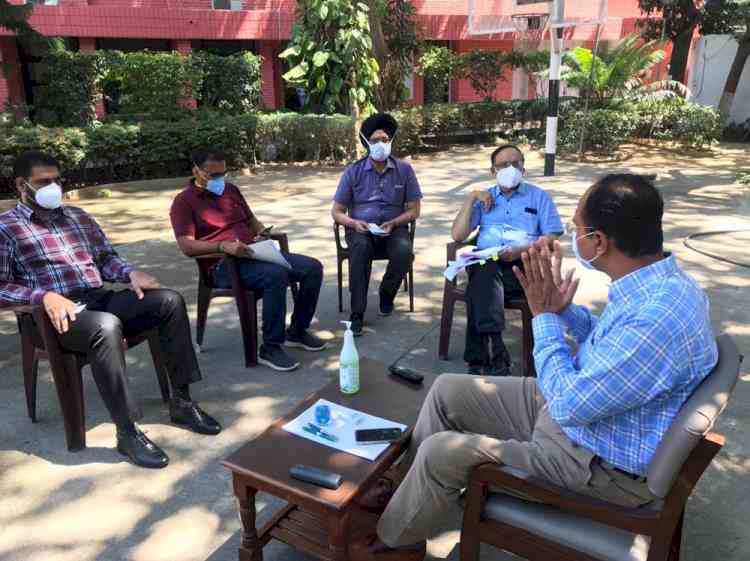 Ludhiana:
Giving a warning to the officers/ officials of strict action against in case of any inordinate delay in the lifting of wheat from the grain markets, Deputy Commissioner Varinder Kumar Sharma said that any sort of inconvenience to the farmers in mandis would not be tolerated at any cost.
Reviewing the ongoing wheat procurement operations on Saturday, Deputy Commissioner said that the state government was committed to lifting every single grain of wheat from the market.
However expressing satisfaction over the procurement of grains in the markets, Sharma said that all the officers should ensure seamless and hassle-free operations in markets. He said that the Punjab government had already issued directions to ensure that the wheat was lifted from the grain markets within 48 hours of its purchase. Sharma said that any sort of deviance from this commitment would not be tolerated.
The Deputy Commissioner said that procurement operations were going on very well in the district and 99 per cent of the arrived wheat had already been procured by the agencies till April 23 and more than 60 per cent of stock had been lifted which needs to be expedited immediately.
He said till April 23, around 6.04 lakh MT wheat had arrived in the market out of which 5.96 lakh MT already purchased in the grain markets.
Likewise, he said that an amount worth Rs 587.76 crore as payment had been made to the farmers for the procured grains. Sharma reiterated that the officers/ officials must spend most of their time in the field to inspect the ongoing procurement operations in grain markets.
The Deputy Commissioner asked the officials to submit the report regarding the procurement and lifting operations in the areas under their respective jurisdiction timely.
Sharma said that he was personally monitoring the entire procurement operations and any sort of delay or laxity in submitting the report would be dealt with a heavy hand.

All shops, malls, restaurants, hotels to remain shut on Sunday

Punjab to set example in fight against covid-19: Balbir...