Focus was on ‘Good Governance and Civil Administration: The Changing Dynamics’ 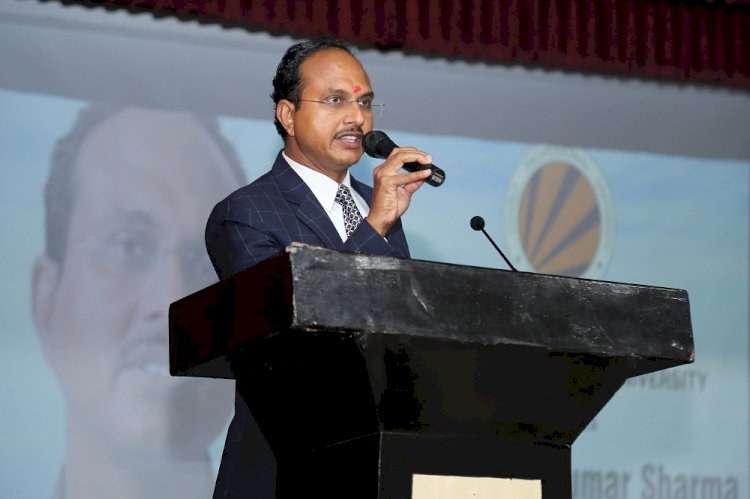 While interacting with the students, DC Mr Sharma shared that at present governance in any form is very easy as world has been globalized and in easy clutches due to the expanse of the marvellous net services. Admitting students that he is not a public administration or political science student, he made befitting answers to LPU students of different domains. Answering to a Public Administration student about New Public Administration (NPA), Mr Sharma said that administration should be such that it satisfies each and every person of the society irrespective of his/her being rich or poor. There should not be any kind of physical barriers for anyone in approaching an administrator. Administration is for public welfare and is only possible when it is inclusive in nature.

Answering to a political science graduating student about how it is difficult or comforting by working with different political parties governments, Mr Sharma answered simply that it is very easy. For a layman it seems difficult. Taking the examples of ‘Mid –Day Meals in Schools’ and Right to Education Projects implementation, he explained that Civil Servants are governed by the law of the country. Without changing ideologies, they follow laws and never change them. Even Ministers are bound to follow the preamble of the constitution of the country. For the second query of this student about honesty in the administrative services, Mr Sharma transparently replied that “System never forms anyone to be dishonest, bad or corrupt. It depends upon person to person, which way he or she goes”.

In this context, Mr Sharma further explained that in India people are after accumulating things in various kinds, as they feel there is less secure life in future, in contrast to developed western countries. However, being optimistic, he referred India as a young country and with the passage of time it will certainly be a better country. Answering to a Punjabi Language student, Mr Sharma informed that students can take administrative services’ exam in Punjabi Language also; however, the basic pattern of knowledge assimilation will be the best books available in the country and abroad.

In a way, underlying the theme, it was emphasized that the basic concern of the citizens, in a society, is the goodness of the government. And for this the systems and sub- systems of governance must be essentially efficient, effective, economical, ethical and equitable. In the same way, the governance process must also be just, reasonable, fair and citizen caring.
A trained engineer and science student, 2009 Batch IAS, Mr Varinder Kumar Sharma assumed charge as Deputy Commissioner, Jalandhar, almost three years back. He has earned an image of very popular and hardworking officer. A lot of excellent development works are to his credit during his prior postings also. During his tenure as ADC (D) at Bathinda, SARAS fair touched new heights. He has also served as SDM Jaito, ADC (D) Bathinda and DC of Mansa in Punjab.

IFIM B-School to launch a Bridge Program for students applying...