Preside over an event to celebrate International Women's Day 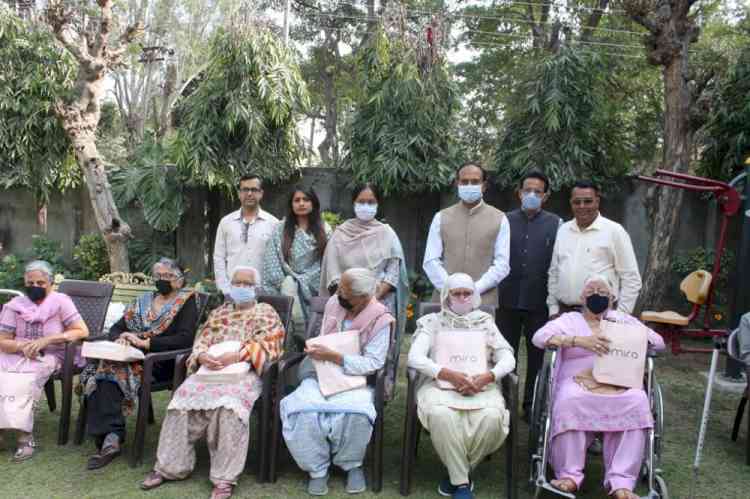 Ludhiana: Deputy Commissioner Varinder Kumar Sharma and Municipal Councillor Mamta Ashu said the quality education is a key to empower the women in the state so that their in-built multitasking abilities can be brought out for the society's development.

Presiding over an event organized to celebrate International Women's Day
in Red Cross's Senior Citizen Home, they said that the women have the talent of huge multi-tasking capabilities and by giving education and equal participation in the decision making, they can become a lighthouse for the society.

They stated that an educated woman leaves an indelible imprint on society and motivates others to follow her.

They added that Punjab government is putting its best efforts for empowering the women through various programs including free education for girls and
the opening of new government colleges fir girls, smart schools, skill centres and etc.

They said that the state has been moving in the right direction with the more number of girls' students are getting an education.

They told that the women have already proved their mettle in several fields but still they needed to be given more opportunities so that they could further excel in life.

They also exchanged gifts with the senior citizens at the home and sought blessings from the elderly people.

They said that it was a momentous occasion for them to celebrate the day with senior citizens who are repository of experience of life.

They also directed the authorities to ensure all elderly people living here, get Covid jab by tomorrow.

Urgent need to upgrade STPs and provision of rain water...

BJP reaction on announcement of 2 industrial parks in Punjab

Heroin along with drug money recovered by police