Passes the exam in just the first attempt 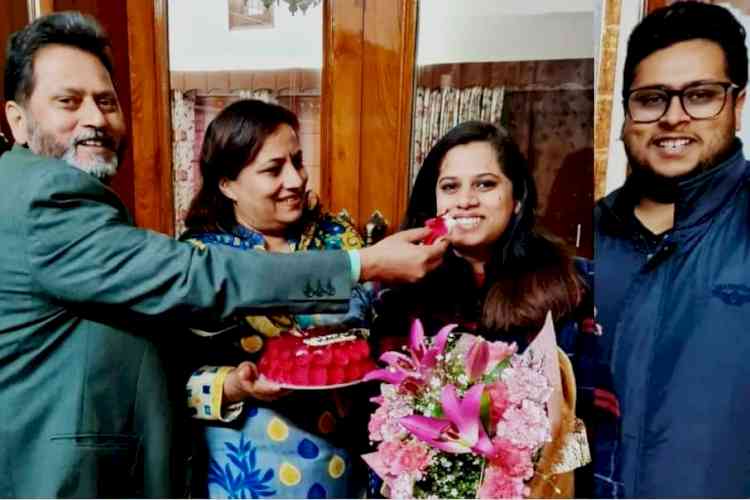 It is to be mentioned that Moksha Bains sat for this examination for the first time and due to his ability, success kissed her feet.  It may also be mentioned that Moksha's father Mr Chaman Bains has also retired from the PSPCL as SE, while Moksha Bains' grandfather Mr AR Darshi has also been SDM of Moga in 1970 and thus the third generation Moksha has been made great achievements while maintaining family traditions.

Anita Darshi said that her daughter Moksha had obtained her law degree from Panjab University Chandigarh in 2019 and decided to sit for the Delhi Judicial Services examination which would be held in just two months.  He said that although due to Corona the results of these examinations could be announced much later after a long wait this happiness was made possible by the grace of God.

Valvular heart disease is the number 3 cause of death:...

Youth in action to infuse strength into farmers movement