Says he will remember him in his prayers 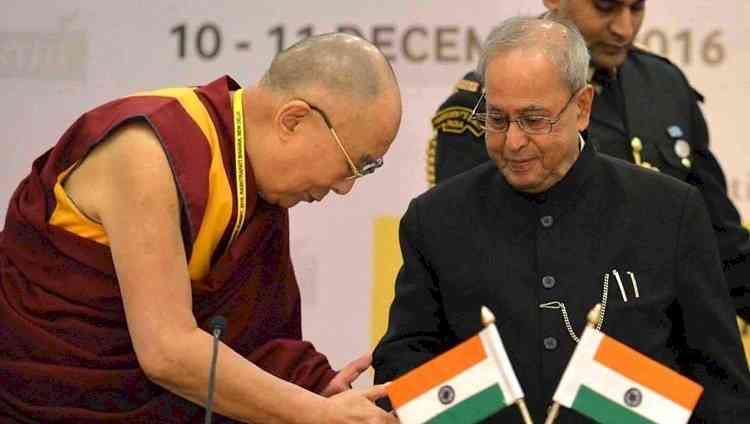 Dalai Lama and the then President of India Pranab Mukherjee at the Rashtrapati Bhavan in New Delhi, on December 10, 2016. (File Photo)

Dharamshala: Following the announcement that former President of India, Pranab Mukherjee had died, His Holiness the Dalai Lama sent a letter to his son Abhijeet Mukherjee in which he wrote, “I am sorry to learn about your father's passing away. I will remember him in my prayers and would like to offer my condolences to you and your family at this sad time.”

The Dalai Lama recalled having had the honour of meeting Mr Mukherjee on several occasions over the years, most recently in 2016. He noted that Mr Mukherjee’s dedication to public service was consistent over many decades, during which time he held several important ministerial portfolios, ultimately serving as this great nation’s President.

The Dalai Lama concluded, “We can rejoice that for 84 years he led a meaningful life.”

Cyber security law should be part of national law