As a Tibetan Buddhist monk, I consider myself an heir to the Nalanda tradition: Dalai Lama 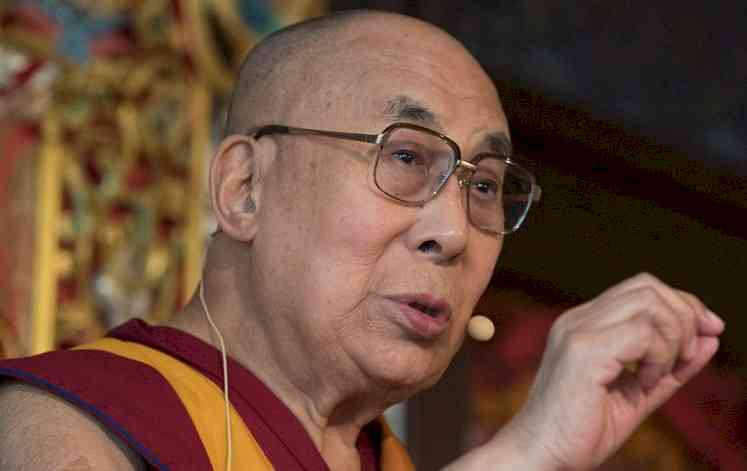 His Holiness the Dalai Lama.

Dharamshala: His Holiness the Dalai Lama in his message to world on Budh Purnima guide them to face the Corona Pandemic with unity. He said his Vesak Message from his residence in Dharamshala on the eve of Budh Purnima on Thursday that in an increasingly interdependent world, our own welfare and happiness depend on many other people. Today, the challenges we face require us to accept the oneness of humanity. Despite superficial differences between us, people are equal in their basic wish for peace and happiness

He said, “It gives me great pleasure to offer greetings to Buddhist brothers and sisters across the world celebrating Vesak (Buddha Purnima) today.”

His text message reads as under:
“Shakyamuni Buddha was born in Lumbini, attained enlightenment in Bodhgaya and passed away in Kushinagar 2600 years ago, yet I believe his teaching is universal and continues to be relevant today. Moved by a deep sense of concern to help others, following his enlightenment the Buddha spent the rest of his life as a monk, sharing his experience with everyone who wished to listen. Both his view of dependent arising and his advice not to harm anyone, but to help whoever you can, emphasize the practice of non-violence. This remains one of the most potent forces for good in the world today, for non-violence, motivated by compassion, is to be of service to our fellow beings.

In an increasingly interdependent world, our own welfare and happiness depend on many other people. Today, the challenges we face require us to accept the oneness of humanity. Despite superficial differences between us, people are equal in their basic wish for peace and happiness. Part of Buddhist practice involves training our minds through meditation. For our training in calming our minds, developing qualities such as love, compassion, generosity and patience, to be effective, we must put them into practice in day-to-day life.

Until relatively recently, the world's diverse Buddhist communities had only a distant understanding of each other's existence and no opportunity to appreciate how much we share in common. Today, almost the entire array of Buddhist traditions that evolved in different lands is accessible to anyone who is interested. What's more, those of us who practise and teach these various Buddhist traditions are now able to meet and learn from one another.

As a Tibetan Buddhist monk, I consider myself an heir to the Nalanda tradition. The way Buddhism was taught and studied at Nalanda University, rooted in reason and logic, represents the zenith of its development in India. If we are to be 21st century Buddhists, it is important that we engage in the study and analysis of Buddha's teachings, as so many did there, instead of simply relying on faith.

The world has changed substantially since the time of the Buddha. Modern science has developed a sophisticated understanding of the physical realm. Buddhist science on the other hand, has achieved a detailed, first-person understanding of the workings of the mind and emotions, areas still relatively new to modern science. Each therefore has crucial knowledge with which to complement the other. I believe that combining these two approaches has great potential to lead to discoveries that will enrich our physical, emotional and social well-being.

While as Buddhists we are the one's upholding the Buddha's teaching, but his message is relevant in our broader interaction with the rest of humanity. We need to promote inter-religious understanding by underlying the fact that all religions promote happiness of all people.  Also, in this time of serious crisis confronting the world, when we face threats to our health and we feel saddened for the family and friends we have lost, we must focus on what unites us as members of one human family. Accordingly, we need to reach out to each other with compassion, for it is only by coming together in a coordinated, global effort that we will meet the unprecedented challenges we face.”

SHWETA PAL, AN INSPIRING AND EMERGING FACE IN THE WORLD OF FITNESS

Kangra district got its second municipal corporation within...