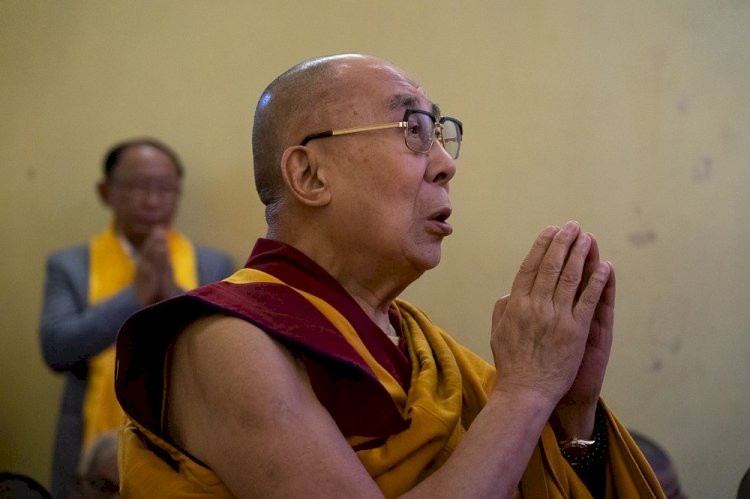 Dharamshala: A group of mainland Chinese devotees on Facebook requested His Holiness the Dalai Lama concerning the recently discovered Corona-virus in Wuhan which has spread across China and to other parts of the world, similarly, seeking His Holiness Dalai Lama’s advice on maintaining calmness and peace of mind at a time when paranoia associated with the rise of the epidemic is extensive.

Responding to their concerns, Dalai Lama advised his Chinese followers and Buddhist monasteries across China to chant the ‘Tara mantr’ as it would be beneficial for effectively containing the spread of epidemics such as Corona-virus. The matra is “OM TARE TUTTARE TURE SOHA”.

In addition, His Holiness has shared a voice clip of his esteemed self chanting the Tara mantra.

According to different reports The death toll from corona-virus in China rose to 107 on Tuesday. In the last 24 hours, 1300 new cases have been reported. The Health Commission of China reported on Monday that Hubei province has lost the maximum number of 100 people. So far, 4515 cases of corona-virus infection have been confirmed worldwide, of these, 4409 are in China only.

Medical experts say that Corona-virus is not the one virus. It is a group of many viruses. Like other viruses, it is also spread by animals. In the beginning, all the infected people either worked in the Sea Food Market of Wuhan (China), or shopped often there. The virus causes pneumonia. Phlegm, fever and shortness of breath are its initial symptoms.

Perseverance's rock sample to give insight into Mars' history