The Indian women's hockey team claimed the bronze medal in the Commonwealth Games 2022 with a 2-1 win in shoot-out over New Zealand here on Sunday. 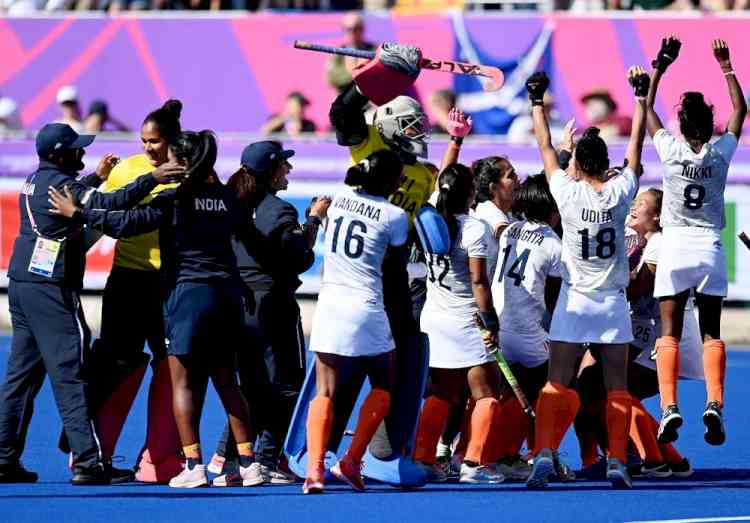 Birmingham, Aug 7 (IANS) The Indian women's hockey team claimed the bronze medal in the Commonwealth Games 2022 with a 2-1 win in shoot-out over New Zealand here on Sunday.

In the regulation time, Salima Tete (29') scored the winning goal for India, only for Olivia Merry (60') to score a late goal for New Zealand and push the match to a shoot-out.

Savita made three sensational saves in the shoot-out, while Sonika and Navneet Kaur struck past Kiwi goalkeeper Grace O'Hanlon as India pulled off a thrilling win.

With the bronze medal win, Indian women's hockey team ended their 16-year wait for a medal at the Commonwealth Games.

India began cautiously, holding the ball in the midfield. Navneet Kaur and Vandana Katariya penetrated the circle in the early minutes, but New Zealand defence cleared away the danger. Nisha made a solid save after Rose Tynan made a dangerous pass inside the circle. Salima Tete almost put her team in the lead after India forced their way into the Kiwi circle through the central channel, but her shot just went wide and the first quarter ended with both teams at 0-0.

The second quarter started with India making circle penetrations from the left flank and keeping the Kiwi defence on their toes. Navneet Kaur created a chance for India to get a shot on target but New Zealand kept their composure and cleared the ball. A counter-attacking move was set up Rose Tynan as she struck a shot towards Alex Lukin in front of the goal.

But the ball just went wide and the Kiwis missed the opportunity to score. Salima Tete broke the shackles and found the back of the nets with a reverse hit as India entered halftime with a 1-0 lead.

New Zealand started showcasing urgency at the start of second half, and pressed deeper in India's half. Sonika broke into the circle from the left flanks, and Lalremsiami managed to get a shot, but was denied by a Kiwi defender.

Neha and Navneet Kaur created a beautiful chance for India to extend their lead. But the pass to Sonika in front of the goalpost just went wide. Before the end of the third quarter, New Zealand managed to hit the ball into the nets. But India used their referral well and the goal was disallowed due to an infringement in the lead-up.

With 15 minutes left on the clock, India burst into New Zealand's half with Sushila Chanu making threatening runs from the central channel. Kaitlin Cotter got a shot away from an acute angle, but Indian goalkeeper Savita made a good save, only to see the ball go to Olivia Shannon.

Shannon's shot, though, went above the goalpost. India created a string of Penalty Corner opportunities, but the Kiwi goalkeeper Grace O'Hanlon continued to make the saves. Olivia Merry scored from a penalty stroke in the final seconds of the regulation time to push the match to a Shoot-Out.

Megan Hull scored from New Zealand's first attempt in the Shoot-Out, while Sangita Kumari missed India's first attempt. Savita pulled off a great save as she denied Ralph Hope. Sonika levelled the score line at the Shoot-out as she struck past Grace O'Hanlon. Rose Tynan struck the side netting, but Navneet Kaur struck past Grace as India took a 2-1 lead in the Shoot-Out. With Katie Doar and Olivia Shannon missing for the Kiwis, India went on to the win the match in thrilling fashion to claim the Bronze medal. 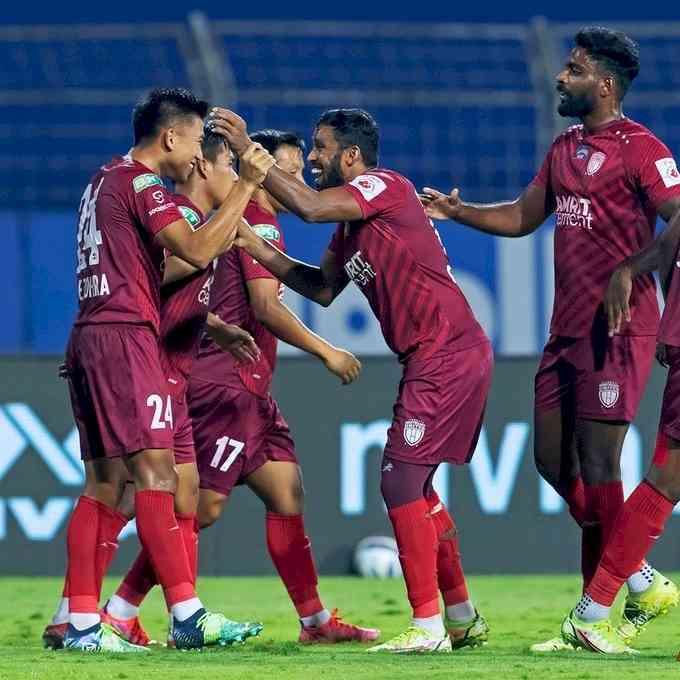 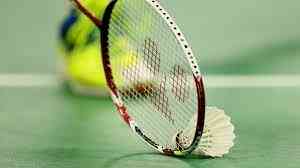 BAI to conduct practice for CWG-bound shuttlers in Hyderabad...

Rohit Sharma returns to restaurant after fans arrive in...

Swapnil Kusale through to final stage of Men's 3P at Baku... 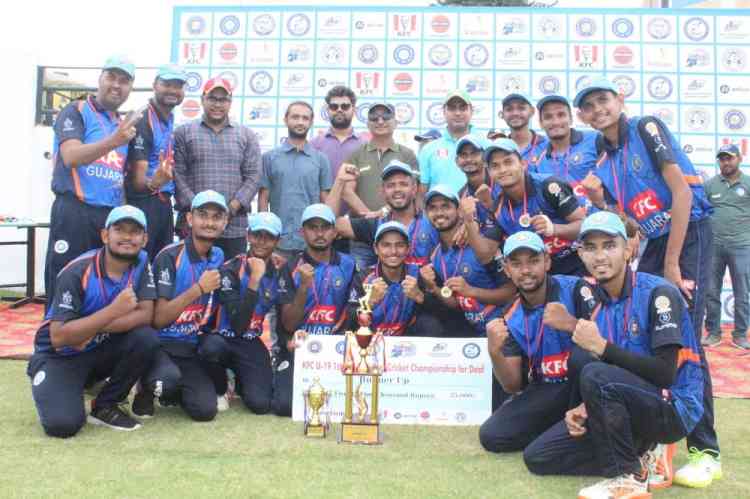