Appreciating traffic rule followers will definitely motivate them and can bring a change: Harpreet Singh 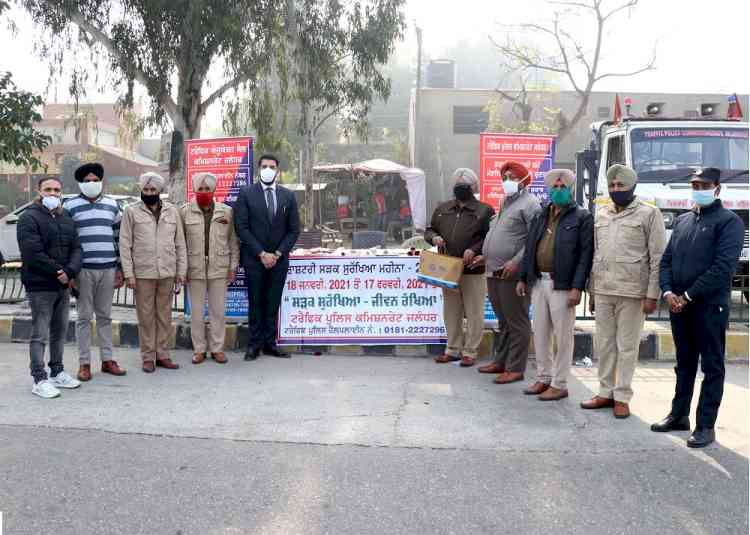 The commuters found observing rules properly, were awarded an appreciation certificate by the traffic cops and the members of the management of CT Group of Institution. The educational institution has initiated its support to this awareness month long drive to motivate more and more people to follow traffic rules and drive safely.

During the activity, the commuters were checked on following parameters as obeying traffic rules, wearing helmets, seat belt and carrying all required documents. The commuters who were found following all the rules were awarded a certificate, appreciation sticker and a red rose on the spot.

Assistant Commissioner of Police (ACP, Traffic) Harbinder Singh appreciated the effort and said, “When people break traffic rules, they were penalized instantly. But what about those who observe all the rules and drive safely? This time, we have given certificates of appreciation to such commuters so that they can get motivated. We will come up with more such activities for the betterment of society.”

Harpreet Singh, Vice Chariman, CT Group said, "I congratulate Police Commissionerate especially traffic police team to carry this month long awareness drive. We have always been supporting them in order to instill sense of safe driving among people. Even, if ten percent of the people will follow traffic rules after being encouraged, we would definitely feel that our purpose has solved.”

International series of Indo-Hungarian Classes in full swing at KMV

Last chance for students to register for JEE Mains on Wednesday

KMV organises online board of study meetings of 36 departments