Revival only expected after second quarter of FY’21: FIEO President 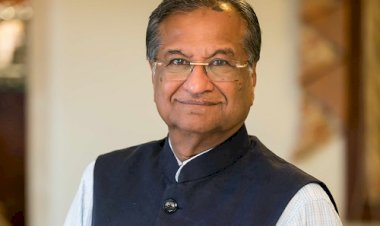 Ludhiana: Reacting to a highest ever double digit decline in monthly exports during March, 2020 by 34.57 percent at USD 21.41 billion, FIEO President, Mr Sharad Kumar Saraf said that spread of Covid-19 across the globe has not only pulled down the world sentiment to its lowest but has also affected the global supply chain and brought economies in recessionary condition. Global economies are facing the worst crisis in terms of slowdown compared to the global depression of the 1930s. Mr Saraf added that the annual merchandise exports figure of USD 314.31 with a nominal negative growth of 4.78 percent is on the expected lines as exporters were not able to export during the 2nd half of March due to lockdown, cancellations and delay of shipments and orders.

FIEO Chief is also of the view that at least during the first quarter of the current financial year 2020-21 the sector will see a similar growth trend, which will be a global trend. However, from the second quarter of the fiscal, exports may start showing nominal growth depending on the condition evolving in the international market. Further with major global players including China, US, economies of Europe, Japan, South Korea, Australia, Russia, Gulf countries facing the brunt as oil and other commodity prices have drastically declined during recent days, the short-term perspective of the exports sector looks grim.

Mr Sharad Kumar Saraf said that 29 out of the 30 major product groups were in negative territory during March 2020 except for iron-ore. Similar trend was also observed in the annual figures of 30 major product groups, where 22 out of the 30 major product groups were in negative territory. Further imports of USD 31.16 billion with a very high double digit decline of 28.72 percent during the month and an annual dip of 9.12 percent has come as relief both on the trade balance and current account deficit front. With crude prices moving southwards and supply disruptions extending to Europe and the US, due to COVID19, more comfort is expected in imports during the next few months. Mr Saraf expressed his serious concerns over sharp decline in employment intensive sectors of exports which has serious ramifications for the jobs in the country particularly as domestic demand will also not be robust.

Mr Sharad Kr Saraf reiterated that with the cancellation of over 50% of orders, gloomy forecast, major job losses and rising NPAs amongst exporting units, the Federation urges the Government to immediately announce a relief package for exports as any further delay would be catastrophic. Covid Interest free Working Capital Term Loan to Exporters to cover the cost of wages, rental and utilities, EPF and ESIC waiver for 3 months from March to May, 2020 and Extension of Pre and Post shipment credit by 90-180 days on their maturity is much needed step to help the exporting community during such difficult and testing times. Besides roll over of forward cover without interest and penalty, automatic enhancement of limit by 25% to address liquidity challenges and extension of Interest Equalisation Benefits should also be looked into for immediate consideration. President FIEO said that the huge support given by various economies to exports will put Indian exports in further difficulties as when the size of the cake reduces, competition intensifies with focus on prices.

ICICI Bank extends assistance to Odisha amidst the pandemic

Airtel steps up experience for its platinum customers