Councillors of Dharamshala to sit on dharna from Feb 10: Mayor 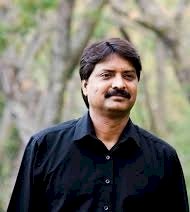 Dharamshala: The first meeting in the new year of the councilors of Municipal Corporation Dharamshala ended without any discussion on the agenda.  It is said that 7 points to be discussed in the meeting, but during the first point of the agenda the councillors started raising their voice as the works in their areas are on stand still.

The councillors alleged that the attitude of the Engineering Wing of the Municipal Corporation is negligent about the development work, due to which the Municipal Councillors are facing public outrage here. After the very hot discussion, the mayor adjourned the meeting. The corporation officials were also accused of non -cooperating and also speaking indecently over the phone.

Mayor of Municipal Corporation Dharamshala, Davinder Jaggi said, “The first issue of the meeting was to make by-laws of property tax which we have prepared. 50% rebate on property tax in green building concept has been approved. Gaushalas will not be taxed. Before other issues could be taken up, the councillors started discussing the lack of work because the engineering wing of the municipal corporation is adopting a non- cooperating attitude. Estimate not being made appropriate.” NOCs are  not made  available, there is a shortage of patwari which has also been told to the commissioner.

He added that the councillors have informed the commissioner that if works does not start till February 9, then from February 10, a dharna will be started outside the commissioner's office.