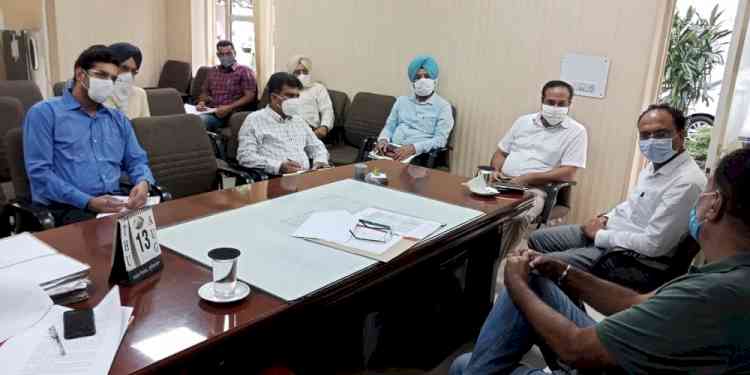 Ludhiana: A meeting of the high powered committee set up by the Additional Chief Secretary, Department of Local Government, Punjab, was held under the chairmanship of Mayor Mr Balkar Singh Sandhu at Mayor Camp Office, here today.

Mayor Mr Balkar Singh Sandhu informed that during this meeting, a committee of experts from Guru Angad Dev Veterinary and Animal Sciences University (GADVASU), GLADA and Animal Husbandry Department have been formed, that would finalise the design of the dairy complex. He said that this committee would submit their findings and report in next meeting.

It is pertinent to mention that Mayor is the Chairman of this committee, DC Ludhiana, CA GLADA and Deputy Director Animal Husbandry are members, while MC Commissioner is Member/Convener.

Sarpanches in Ludhiana district to issue passes for medical...

Applications sought from farmers under sub mission on agricultural...