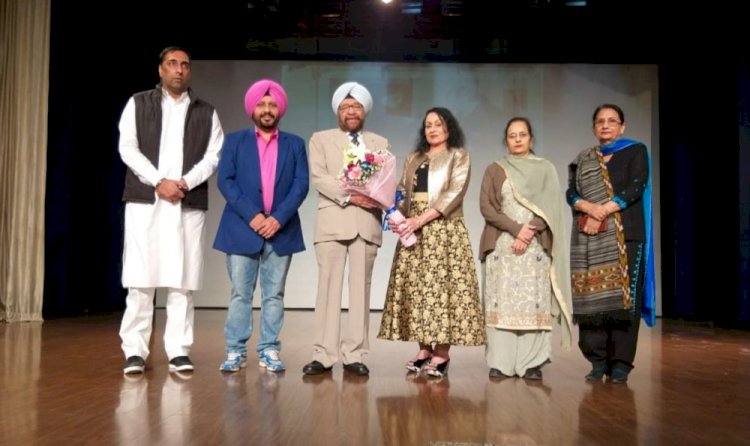 Director (Dr.) Charanjit K. Mahal extended a warm welcome to all the dignitaries and esteemed guests. She highlighted the august guests with the magnanimous contributions of Justice Gurnam Singh in transforming the rural economy of Punjab, making the state, the most prosperous in India and a model, which other states emulated.

Gurbir Singh, President Guru Nanak Education Trust, was the Chief Guest on the occasion. Rich tributes were paid to Justice Gurnam Singh. Addressing the large gathering, he said that Justice Gurnam Singh was a great son of Punjab who served the nation with distinction as a statesman, sportsperson, judge and an educationist. He said Justice Gurnam Singh can be credited for fixation of minimum support price of food grains by the Government of India which greatly contributed in making India self sufficient in food and making Punjab the richest state in the nation.

Spirituality and meditation in management find focus during

Webinar on prevention of corona virus held at Ramgarhia...

PU identified as one of testing centres for testing of...