'Colours of Kolkata' - an art initiative this Independence Day 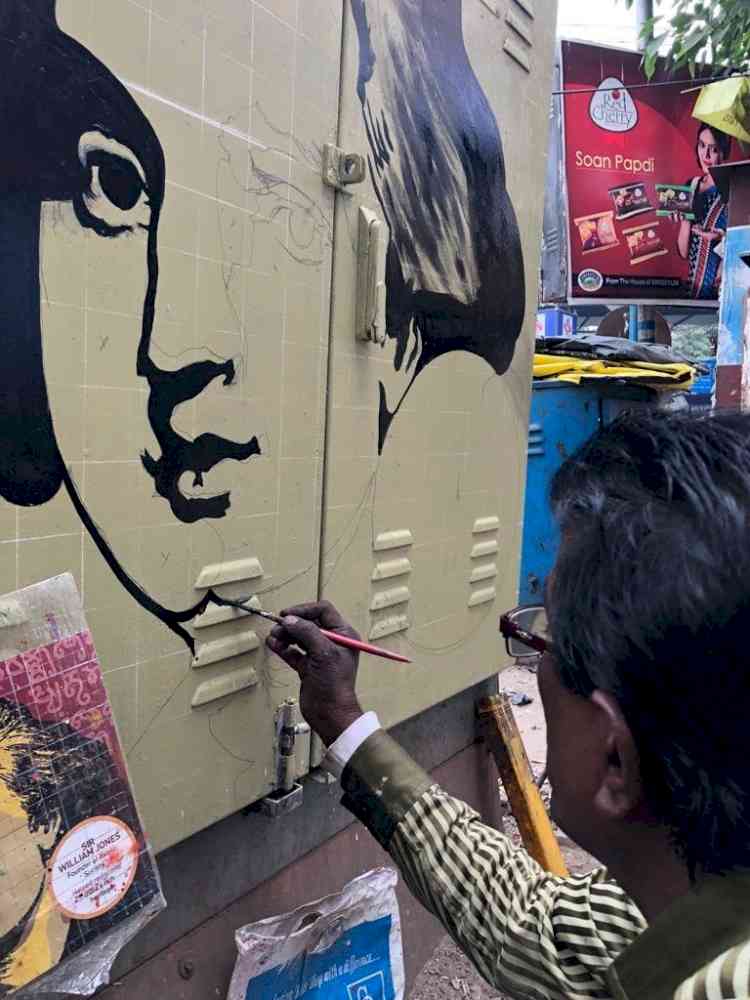 Kolkata, Aug 14 (IANS) Though street art is common in the US, Australia and Europe, it has not been tried and tested in that manner in this country.

In an effort to add some colour to the City of Joy, an art campaign is being initiated on Independence Day where all the walls of the Tram Depots will be painted in different colours by the West Bengal Tramways Company.

The whole idea is to add some colour to the mundane streets. The campaign has been started by the West Bengal Transport Corporation. The art, celebrating Kolkata and its famous citizens, will be done on WBTC depot walls, mostly located in the heart of the city. The art works have been curated by WBTC in collaboration with a city-based artist, Mudar Patherya.

The initiative - 'Colours of Kolkata', is an effort to celebrate the diversity of Kolkata. This year also marks the 100th birth anniversary of Satyajit Ray and the 160th of Rabindranath Tagore. To begin with, street art has begun with these two stalwarts. The location is Park Circus; on the wall of a WBTC Tram Depot.

"A lot of times people spit and deface our depot walls. It looks bad. This would add an artsy touch to the art capital of India and also maybe discourage people from spoiling the walls," said MD of WBTC Rajanvir Singh Kapur.

"In future, eminent artists of Kolkata will be invited to help in creating such public art at prominent locations to make the City of Joy even more beautiful," said Kapur.

The Colours of Kolkata has already started from Park Circus and will cover the walls of most of the depots till Durga Puja. The next places in line are Tollygunge Tram Depot - opposite Tolly Club and then it will be extended to the Gariahat Depot, near Ballygunge Phari. The Gariahat Depot also houses the Tram World.

The Tram World was launched in December 2020 commemorating the 140th anniversary of the foundation of Calcutta Tramways Company in London. It's one of a kind tram museum in the whole world.

"The objective of #coloursofkolkata is to utilise the public walls of the city to send out a singular message - that Kolkata is artistically and aesthetically one of the most vibrant cities of the country. I am thankful to WBTC for giving me this opportunity and the movement is intended to attract a variety of artists to help put the city's best face forward," said Patherya.

Once completed over all depot walls, this would be a one-of-its-kind initiative anywhere in an Indian city. Kolkata is known as the art capital of India and this will only add to its glory.