The release ceremony held in Mumbai 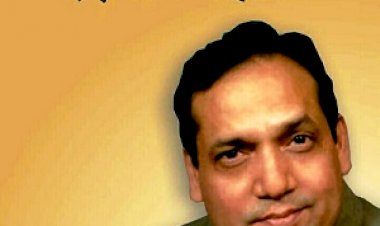 Mumbai: The collection of best 21 stories “Katha Kathan part I” by the writer Babu Gautam, a pioneer in modern story writing, was recently released in Mumbai. From now onwards, the stories will be serially out with a frequency of three months. Babu Gautam’s English novel “Andy Leelu”(2012) and a collection of English stories was published in 2014.While writing the preface to “Andy Leelu”, noted businessman Anand Mahindra had advised Babu Gautam that a miraculous story writer was there in him. But since Hindi was his first language, he should write in Hindi. As such Gautam remembered and followed the advice of Anand Mahindra.

Babu Gautam feels that this decade will give renewed vigour to the Hindi short story marginalised over the year and finds the time right for his stories to reach the readers. The new form of Hindi short story that has emerged out of dark lanes  bears the deep impression of Hemingway’s iceberg theory of ommission; only one-eighth above the water level.

Those who have read Babu Gautam’s stories, will agree that his stories are soul touching and leave lasting impression on readers’ mind. Initially when he began writing stories on Face Book, owing to their new style and form, only a handful would stop to read them. But slowly as they realised the meaning and got acquainted to the new style of his writing, the readers started hanging around his Page in large numbers.

Today more than Gautam, his readers remember his stories and their characters. The stories are such that they penetrate into the heart and make readers spend sleepless nights. They are so varied in content that it is difficult to believe that they have been penned by one single author.Gradually there was a demand for the collection of his stories, as his ardent readers found it surprising that not a single anthology of the writer was available who had by now written more than 400 stories. When publishers spoke to him about this, he made it clear that he was not interested in getting published unless numbers were huge.

The readers who read his one or two stories during the release of “Katha Kathan part I”, instantly became his fans. Today without any publicity, the Kathakanan team is receiving 10-12 orders for the first book of the series every day. It was but natural for Gautam to get inspired by this unexpected response from the readers.He advised the team of “Katha Kathan”, that now there is no looking back. The aim is to print one lakh copies to reach the readers from different walks of life. That is the reason the book carries very low price. Every part will be delivered at doorsteps just for Rs 50. Gautam feels that not only the writing but even publishing of Hindi stories needs a revolution.

Withdraw all cases of crime against Swami Ramdev: Shanta...