Members of three mosques of Coimbatore visited the Sangameswarar temple in Ukkadam street, where a car blast on October 23 killed a 25-year-old youth, to promote communal harmony. Chennai, Nov 3 (IANS) Members of three mosques of Coimbatore visited the Sangameswarar temple in Ukkadam street, where a car blast on October 23 killed a 25-year-old youth, to promote communal harmony.

Jameesha Mubin, the 25-year-old engineering graduate, died after the car in which he was travelling burst into flames near the temple. Police and Central agencies probing the investigation stated that the deceased was planning for a lone wolf act to cause maximum damage.

A delegation from the Coimbatore District Federation of All Jamaat Ulemas from three mosques in Kottaimedu visited the Sangameswarar temple on Thursday. The group included clergy from Idhayathul Islam Shafia Jamaat, Thareekathul Islam Shafia Jamaat and Kerala Muslim Jamaat to hold a discussion with the executive officer of the temple, V. Prabhakaran.

The general secretary of the federation, Haji M.A. Inayatuallah, after the visit told media persons that the visit was aimed at improving communal harmony following the car blast and death of Jameesha Mubin.

He said that Muslims have been living in the area for more than seven generations and that people were having excellent personal rapport and relationships cutting across community or religious lines.

Inayatullah also said that they had recollected their childhood days with temple priests when all of them had played football and cricket together. He said that on behalf of the federation, he condemned the car blast and said that they have directed all Muslims who are seeking houses on rent to get the clearance of the Jamaat for prior approval.

The Coimbatore District Federation of All Jamaat and Ulemas called upon the people to maintain communal harmony and not to have any communal enmity against people of other religions.

Coimbatore has been a communally sensitive town. On February 14, 1998, bomb blast occurred at 12 places in 11 locations of the town. The serial explosion led to the death of 56 people and injured more than 200 people. The blasts were aimed at the then Deputy Prime Minister, Lal Krishna Advani, who escaped unhurt as his flight arrived late in the city.

The main architect of the blasts was S.A. Basha, founder, and leader of Al- Umma, an Islamist organisation, In the Coimbatore car blast, one of the six accused who is in jail, Mohammed Talha, is the son of Nawab Khan who is the brother of S.A. Basha.

While speaking to IANS, the priest of the Sangameshwar temple at Kottaimedu where the Muslim ulema paid a visit on Thursday, said, "This was a good gesture on the part of the Coimbatore district federation of all Jamaat and Ulema and let us hope that communal harmony prevails in our place. We had all been seeing each other for several years and are having a good personal rapport."

Rural players shine bright, both on and off the field

Central and state government are fully prepared to deal... 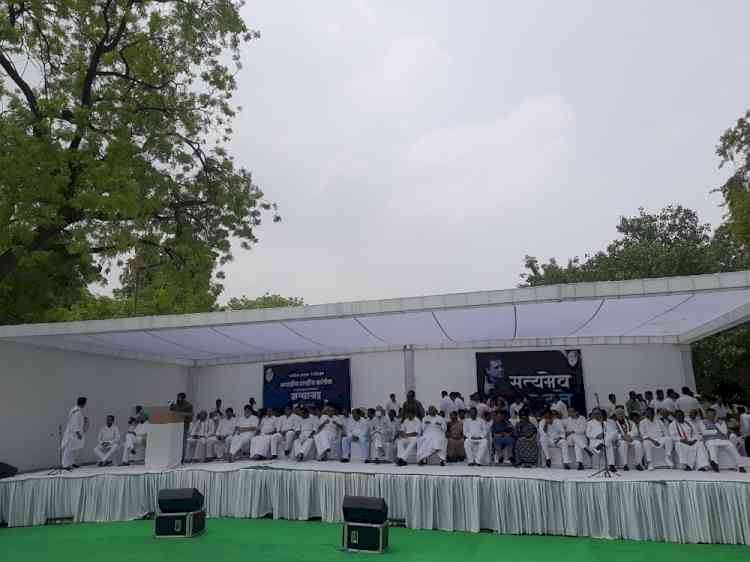 Only 1,000 allowed to protest at Jantar Mantar: Delhi Police... 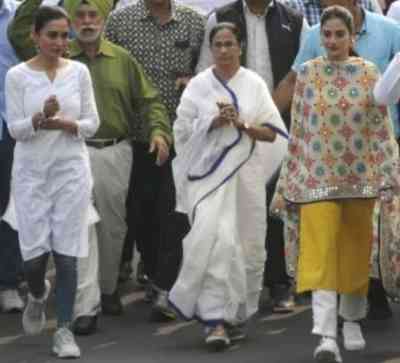