One dead body recovered while 4 people saved so far 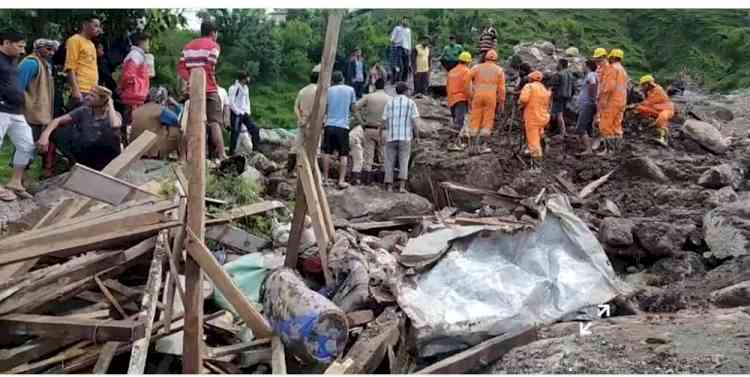 The rescue operation is on in the Boh Landslide Area. (Photo: Arvind Sharma)

Dharamsala: CM Jai Ram Thakur will visit today evening Boh, (50 kms from Dharamsala), the landslide area in Kangra district where around 9 people are still feared to be trapped under the heavy debris of the landslide on Monday during the heavy rainfall.

Four people have been rescued yesterday, while the teams of Home Guards, Police and NDFR and others are involved in the search for the missing people

On Monday Deputy Commissioner Kangra, Dr Nipun Jindal along with SP Kangra  Vimukt Ranjan visited the remote hill area of Boh where  around  seven houses came under the debris of  Landslide of Rolehad village  in Boh on Monday  to take stock of the relief work.

Pay By Link transactions in contactless payments grow 6X in the second wave of pandemic;...