Speaking at the meeting CM assured that no one will be allowed disrupt business and dharnas will be allowed only at designated places and roads won’t be allowed to be blocked. He praised Punjab’s industry in leading from the front in employment generation and appreciated the fact that manufacturing sector as individual sector as highest contributor to states GSPD at 14.5 % even higher than crops.

City-based industrialist Amit Thapar who participated in the meeting being Chairman of CII Punjab gave this information here today. While addressing the meeting, he appreciated efforts made by Punjab government in reduction regulation, compliances demanded power tariff to remain at Rs.5 per unit for next 5 years, as it has helped Punjab to nullify effect of being far from the port. He further demanded lower propose water charges, amnesty and OTS schemes, in labour cases, power cases thereby reducing cases in court.

Adding, he said CII suggested state to have separate IT and export policy to achieve vision of 62% and 30% contribution to GSDP by tertiary and secondary sector, and declare export industry as essential industry as a non-fiscal incentive. He revealed that Punjab CM agreed to look into power tariff, rationalize water charges and announced power and labour OTS was on cards.

Speaking on the occasion, Rajendra Gupta (Trident Group) and Kamal Oswal (Oswal Group) requested government for special textile policy as capex to employment ration in textiles was very high. RS Sachdeva, Head PHD Chamber asked for revision in distance from border to 50 kms instead of 30 kms as special incentives for border zone.

Meanwhile, Thapar submitted a representation to Punjab CM, in which he stated that Punjab is a land locked state. The only advantage we have had in past 5 years which has acted as catalyst of growth is good power supply and reasonable cost.  Proposed Increase of 10% in Power Tariff will render our traditional industries of Textile, Steel, and Food processing uncompetitive. “We suggest to keep it at Rs.5 per unit with max 1.5% annual increase thereof, with proposed formula in policy. Total compounded increase is over 28% is very high.

Thapar added proposed and impending water charges will be detrimental to Punjab’s Industry. Industry uses only 0.7% of ground water. The charges being proposed are very high. We propose that a stake-holders meeting to finalize and arrive at practical solutions on water conservation and usage by industry be called.

With regard to timely disbursement of Incentives, Thapar mentioned in the representation that sanctioned Incentives must be paid in time bound manner, else incentives and the policy loses its essence and relevance.

On the issue of non-fiscal incentives to boost export, Thapar mentioned in the representation that Certified ‘Star’ rated export houses, by Ministry of Commerce based on export performance criteria (as laid down for Large industries and MSMEs) should qualify as Essential Industry. In the last 2 years, exporters have been the most vulnerable to the lockdowns, strikes power cuts and other such disruptions. These have led to the export houses missing on their export commitments and losing their valuable international clients. Hence, we would request that all Star rated export houses, as certified by Ministry of Commerce, Government of India operating in Punjab be notified & brought under the Essential Goods & Services category. This would bring a sense of security to our exporter fraternity and encourage new investments.

On the issue of OTS and Amnesty schemes, Thapar mentioned in the representation that progressive  reforms have been made, compliance and regulatory burden has been reduced, de-criminalization of many laws especially labour reforms are on cards,  State should bring out OTS and amnesty schemes where ever feasible, such as labour, plot holders , GST , etc. This will also ease out burden from courts.

With regard to IT and Export Policy, he wrote in the representation that state needs separate IT policy and Export policy to set vision on these important pillars of growth, to achieve vision of 62% and 30% contribution from tertiary and secondary sector in state GSDP this is absolutely necessary. 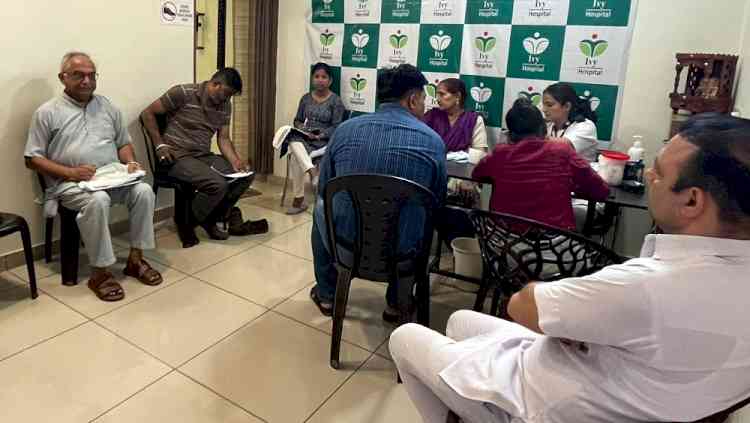 33 examined in ortho camp at Zirakpur 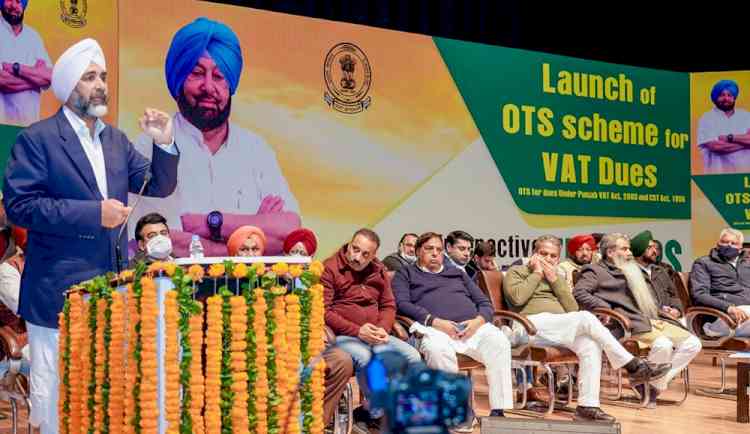