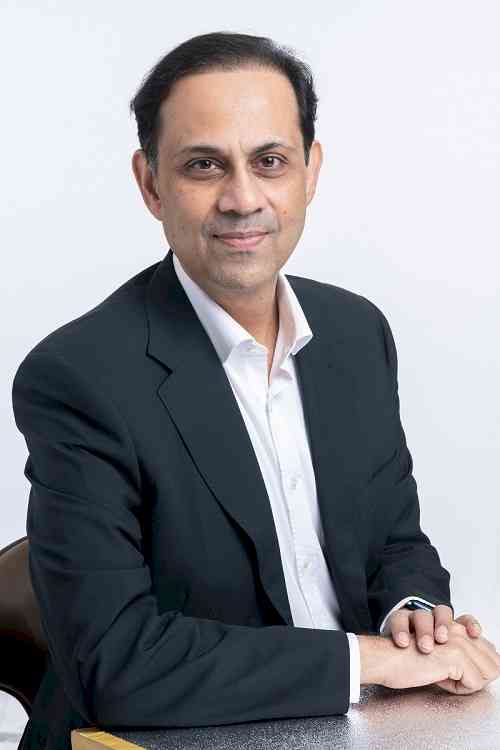 Chandigarh, May 16, 2022: Sharing the likely growth scenarios for the Indian economy for this year, Sanjiv Bajaj, President Confederation of Indian Industry (CII) said “CII expects the GDP growth in a range of 7.4-8.2% in 2022-23, with the outlook critically hinging on the trajectory of global crude oil prices”. He was addressing the media for the first time after taking over as President CII.

He further explained, “Global headwinds and inflation will have to be countered with robust policy reforms, both domestic and external sector reforms, to unlock the growth potential of the economy. Tailwinds that are supportive of growth in the short-term include government Capex, private sector investment which is showing an uptick aided by strong demand in some sectors and the PLI push in the others, good agriculture season on the back of the expectations of a good monsoon and positive export momentum”.

An immediate measure to moderate inflation could be to moderate taxes on fuel products, which constitute a large share of the retail pump prices of petrol and diesel. “CII would encourage Centre and State governments to collaborate in reducing these duties,” he added.

Highlighting the sectoral drivers of growth, Bajaj elaborated that manufacturing and services will be the twin engines of growth. The enabling policies of the government particularly the PLI scheme, are expected to push the manufacturing sector’s contribution to GVA to 27% by FY48. Similarly, Services, too, will witness its share rising from 53% to 55% in the terminal year. The contribution of exports to GDP must rise while the investment rate must be stepped up. Both government and industry must be equal partners in achieving this.

Elaborating on the important policy agenda for this decade, to set the growth momentum firmly in place, Bajaj outlined a 10-point agenda for the government.

One, both central and state governments must increase their expenditure on public health & education to make these services accessible to all. This will drive inclusive and equitable growth, improve workforce productivity, and make the economy more resilient. This will also drive consumption demand the biggest engine of the economy, by reducing out of pocket expenses on these two essentials leaving people with more to spend. Further, the process of providing universal coverage in health and education will create good quality jobs at scale.

Two, India should focus on scale and technology to power Atmanirbhar Bharat. More sectors should be brought under PLIs, especially those which are labour intensive such as leather, footwear, toys etc, and sectors where our imports are high, but there is a possibility of building a competitive domestic industry for example capital goods. Rural Manufacturing should be encouraged to take manufacturing to where the labour is. Government should also support smart manufacturing, the future of manufacturing, basis what other countries are offering in support to their industry.

Three, Employment Linked Incentive Schemes should be launched for select services sectors which have high growth potential, can generate jobs and can earn foreign exchange. To start with ELIs could cover Tourism, Logistics, Retail and Film, Animation & Gaming.

These could be achieved by initiating power sector reforms, bringing fuels under GST, expediting Gati Shakti and onboarding states, adopting digital approvalsand self-certification in EODB 2.0 and speeding up resolution of commercial disputes among others. Mr Bajaj announced, “CII will build a CoDB index for comparing CoDB across Indian states. High logistics costs being one of the key drivers of higher costs of manufacturing in India, CII will develop Logistics Policy for 5 states and also conduct a study to assess the level of logistics outsourcing aimed at reducing costs.”

Five, financial sector reforms are crucial for financing growth. Measures such as enabling the NBFCs to offer full banking services, deepening the corporate market, increasing insurance penetration among others are important to finance Indian economy’s journey on a high growth path. Lending capacity of The National Bank for Financing Infrastructure and Development (NaBFID)also need augmentation, for supporting both physical and soft infrastructure.

Seven, India should adopt a well-strategized and synchronized approach towards technology. This could be led an overarching empowered Technology Commission of India for coordinating, integrating, synergizing and managing all technology-related strategy, funding, policy, deployment, and public-private partnerships. To give this goal a head start, on its part, CII will institute a ‘CII National Technology Mission’ covering areas like Innovation, R&D, IP, Design etc. The CII Mission will aim to enhance the investment in R&D to 4% of India’s GDP by 2047 with an interim goal of 2.5% by 2030.

Eight, India should step up its engagement with the rest of the world and gain greater access to markets. India’s export effort should be led by an Export Mission. The Mission could comprise of a National Trade Promotion Council at the centre supported by Councils at the states. These Councils should focus on developing strategies, framing policies, creating infrastructure and skill development.

With CII’s appointment as the host of B20 secretariat by the government, CII will work towards ensuring that India’s agenda of enhanced trade and investment gains momentum besides setting the stage for expanding Indian Industry’s footprint globally.

Nine, to achieve it ambitious net zero goals, India should prepare sectoral roadmaps for net zero transition to allow industry to plan its investments and technology choices, better. CII has taken a lead in this area by spearheading several initiatives aimed at promoting green products and practices. Further CII will work with the state governments & sectors on developing `Decarbonization Road Map’ for achieving Net Zero by 2070.

Lastly, to keep alive the spirit of cooperative federalism, Government could look at forming GST like Councils for consensus building on reforms such as land, labour, power & agriculture.

Expressing his views on the role of industry and CII in taking India to a US$ 40 trillion goal post by 2047, Bajaj said that CII believes that there is a lot that industry and CII could do themselves”.

Bajaj enunciated that CII has planned several new initiatives in the current year including centres on some important themes for the economy. CII will be setting up a ‘CII Centre for Risk Surveillance’ to monitor & forecast impact of future waves of pandemic, thus enabling preparedness and resilience in growth; ‘CII Incubation Centre’ at Hyderabad which will organise start-up accelerator programmes in partnership with corporates. CII has 300 corporate mentors to support its Corporate Mentorship Programme for Start-ups; ‘CII Centre of Excellence on Design & Intellectual Property Rights’, with a vision to develop India into a hub of IP driven industries, added Mr Bajaj.

These new initiatives will help place India’s economy onto a higher growth path as was done in the past with CII’s [email protected] initiative which kickstarted in 2008. Over a span of 13 years, the initiative catalysed many significant changes including skilling of 500 million people, creating 500 smart cities, 175 GW of new & renewable energy, increasing farmers income among others. CII is now undertaking a similar exercise for India @100.

Being Yourself is the way to make a mark in life, says Vivek Atray 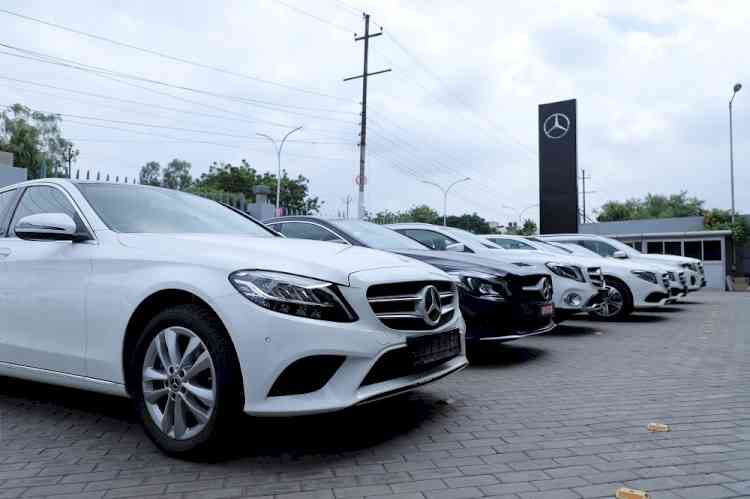