The human spine is a vital structure that supports our body when we walk, twist, or move. It is the body’s central support structure. Spinal health is important as it controls multiple vital functions in the body. Problems in the spinal region can make routine tasks like walking, and bending difficult. Your ability to perceive sensory information like cold, warm, and other sensations also gets affected.

The human spine is a vital structure that supports our body when we walk, twist, or move. It is the body’s central support structure. Spinal health is important as it controls multiple vital functions in the body. Problems in the spinal region can make routine tasks like walking, and bending difficult. Your ability to perceive sensory information like cold, warm, and other sensations also gets affected.

The spine isn’t a single location. It includes multiple tissues that traverse your neck, back and pelvis. Chordoma is a type of spinal cancer that forms inside the spinal column.  It usually appears where the skull sits atop the spine or at the bottom of the spine (sacrum).

The clivus bone is located behind the rear of the throat but in front of the brainstem. Clival chordomas are chordomas found in the clival region of the body. These tumors are mainly observed in adults between the ages of 40 and 70. A tiny fraction, about 5%, are seen in children. Chordomas occur twice as frequently in men as in women.

It develops in cells that were originally part of a group of cells in the developing embryo that goes on to produce the spine's discs. The majority of these cells die before or shortly after birth. However, a few of these cells may persist and, in rare cases, become malignant. Chordomas typically grow slowly. It can be difficult to treat because it is frequently found near the spinal cord and other vital structures such as arteries, nerves, or the brain.

The three forms of chordoma are defined. These classifications are determined on the histological appearance and features of the tumor cells.

●      Conventional Chordoma- The most prevalent type of chordoma is conventional chordoma. It is made up of a special sort of cell that has a "bubbly" appearance.

●      De-differentiated Chordoma- dedifferentiated chordoma is very rare, occurring in 5% or less of patients. It is more aggressive, grows faster in general, and is more likely to metastasize than traditional chordoma.

●      Poorly differentiated Chordoma- The loss of a gene termed SMARCB1, or INI1, is a hallmark feature of poorly differentiated chordoma. It is more common in younger individuals, as well as those with malignancies at the base of the skull and in the cervical region.

The symptoms of chordoma depends on where it is located. Symptoms can include:

●      Visual problems such as double vision

The most common early indication of a spinal tumor is back pain. Pain may also move from your back to your hips, legs, feet, or arms, and it may increase over time despite treatment.

Chordoma cancers arise from cells of the notochord, a component in an embryo that aids in the formation of the spine. When the feotus is about 8 weeks old, the notochord dies, although some notochord cells persist in the spine and skull base bones. Very rarely, these cells develop into chordoma, a type of cancer. What causes notochord cells to become malignant in some people is unknown, but researchers are striving to find out.

Are you at risk of developing chordoma?

Chordoma has no known environmental, nutritional, or lifestyle risk factors. The vast majority of chordomas develop at random and are not caused by an inherited genetic feature; nonetheless, there are some genetic factors linked to chordoma. More than 95 percent of patients with chordoma, for example, have a single-letter alteration, known as an SNP, in the DNA sequence of a gene called brachyury.

What are the treatment options available?

Chordomas are surgically removed when possible. Radiation therapy is occasionally performed in conjunction with surgery, or if surgery is not an option. Chordomas are difficult to cure because they develop on the spine, close to vital structures such as nerves and blood arteries. It can be difficult to remove the entire tumor from your spine without causing harm to other sections of your body. Immunotherapy is being used in new studies to cure chordomas and find alternative treatments. Immunotherapy is a type of cancer treatment that uses the body's immune system to combat the disease.

It is critical to note that each person's prognosis is unique and is determined by a variety of circumstances. These include the patient's age, chordoma type, tumor size and location, therapy strategy, extent of resection, and other factors. You can consult a healthcare specialist if you feel that you are experiencing the symptoms listed above.

The lab-grown diamond markets in India- How big it is,...

Essential nutrition; 'Dos and Don'ts' for people with kidney... 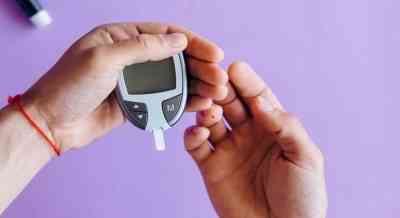 Advisory on guidelines for diabetic patients in Covid-19 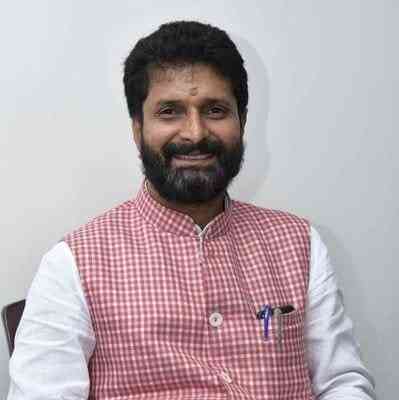