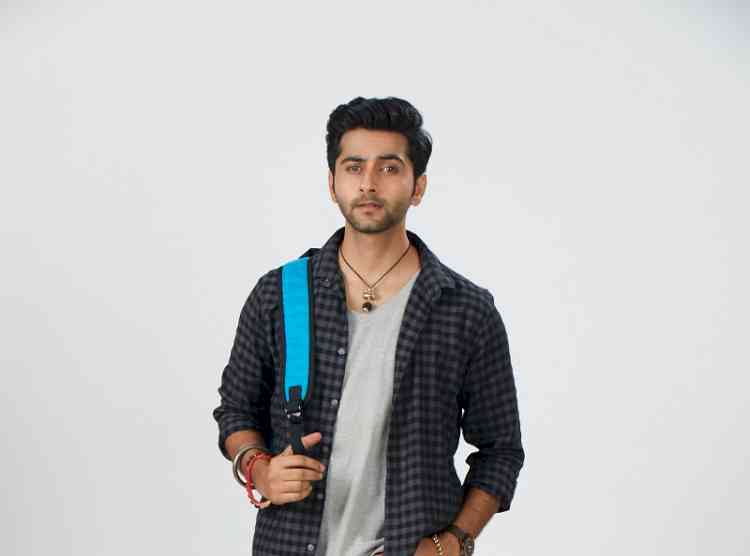 Lovepanti's ead character, Arjun has been taught to live within parameters set by his father. Even his dreams have been tailored by his parents and he has accepted his life accordingly. The story of Lovepantii is about how this common boy rises to the occasion when he gets an idea that he is in love. Raised in a conformist Brahmin family, he falls in love with Ranjana, a progressive minded girl from a Thakur family. Expected to follow in his father’s footsteps of becoming a practicing temple priest i.e., ‘Pandit’. Arjun has diligently followed all rules set by his family. But he only ends up breaking the biggest rule of them all; he gets an idea that he is in love and marry a girl of his choice, that too a girl from a Thakur family. Their ‘so called’ love affair comes out in the open in a dramatic turn of events.
Here's getting to know Arjun Pandey (Enacted by Gaurav Sareen)
Gaurav actually belongs to Amritsar, Punjab. His best work includes Radhe in show ‘Krishna Chali London’. As Arjun Pandey, he is a simple boy who loves his family more than himself. For him, nothing is more important than his family happiness. He always tries to stand on the parameters set by his family but always ends up making certain mistakes while doing the same. He is a dedicated person and whatever works he takes up; he ensures that he will complete the same. Arjun always gets things in life after a lot of struggles. But Arjun doesn’t want to give up in life. He is a man, who is rooted and has great faith in his religion.
What made you say yes for this show?
I really liked the concept and I have never played a ‘Pandit’.
How did you prepare for the role?
I started watching regional videos and channels. So, that I can portray this character as well as I can.
If there is one thing you would like to change about your character in the show, what would it be?
There’s nothing as it’s a very unique and well sketched character.
What was your first reaction when you were finalised for the show?
I felt very happy and blessed to have such a wonderful producer like Mahesh Pandey and I was excited to be on Azaad Channel.
How do you’ll deal with creative differences on the set while shooting?
Nothing!  I’m a director’s actor!