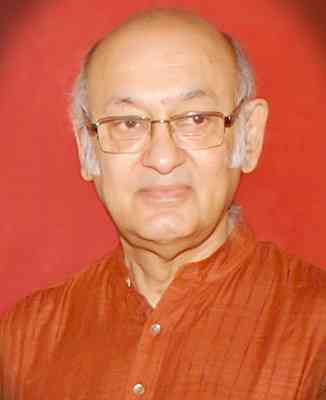 Jalandhar: Shri Chander Mohan - the noted and acclaimed personality of Punjab and a veteran journalist has served the cause of education, particularly women education for many decades now. He has completed 26 Glorious years of inspiring, visionary, selfless, dynamic and exceptional leadership and colossal contribution as President, Arya Shiksha Mandal.
It is a matter of great delight for all associated with the cause of education that Shri Chander Mohan has again been appointed as President of Arya Shiksha Mandal for a term of 3 years. It is indeed commendable that this is the 10th time in a row that he has been appointed as the President of Arya Shiksha Mandal.

She further maintained that it is by dint of the exemplary leadership of Mr Chander Mohan that KMV has been able to pursue excellence and bestowed with Heritage Status, Top Rankings in India Today 2020 & Outlook Magazine survey 2020, Autonomous Status, Star College, College with Potential for Excellence and the list is endless. It is worth a mention here that his illustrious father Shri Varinder, who was a champion crusader for women education played a pivotal role in the uplifitment of women by being the President of Arya Shiksha Mandal. At this juncture, whole KMV fraternity and members of managing committee congratulated Sh. Chander Mohan and reposed complete faith in his leadership. Along with KMV, Arya Shiksha Mandal also runs Doaba College, Jullundur Model School,  Dev Raj Sr. Sec. School and Dev Raj Public School.